A house built in the 1990s, a client who openly welcomes change and a team of architects who are able to give a new identity to a building. House N in Moscow speaks a clear and autonomous architectural language inside and out – with form and detail precisely in tune with other. 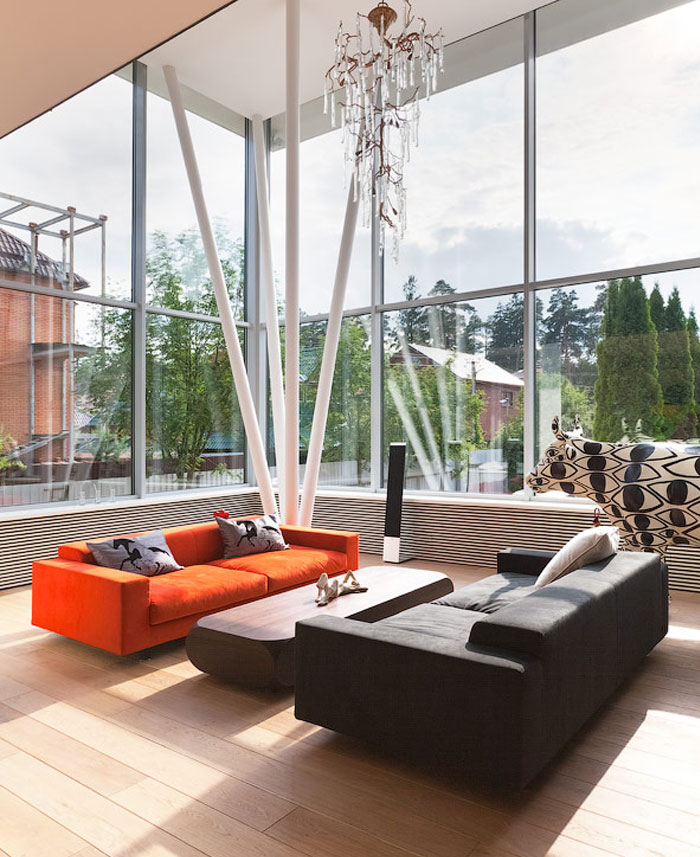 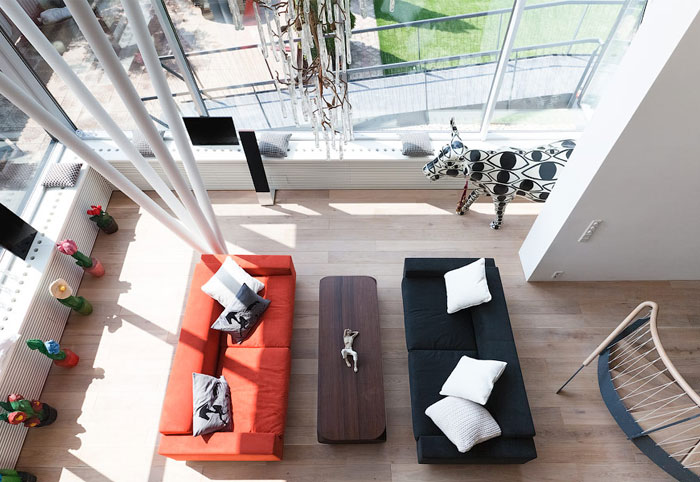 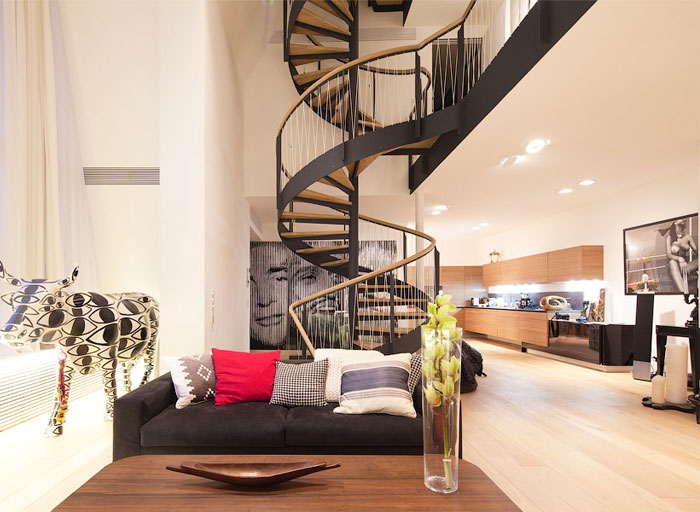 A bright, spacious and open house – this was the client’s wish and therefore the guiding principle behind 4a Architekten’s redesign of this residence in Moscow. Through dialogue, an impressive re-interpretation of the existing building that was constructed in the 1990s and which in the future is to offer space both to a family of four and to numerous art objects in a living area of 350 m2. This brought about a radical change to the original appearance of the house. Although the existing building structure has been largely preserved, the house now reveals entirely new facets: a generously glazed structural shell with a front ramp emerges from the existing volume to create a new, eye-catching entrance situation. Here, shape and form capture the existing structures and axes while this reinterpretation bears all the hallmarks of 4a Architekten. Strikingly yet cautiously, the glazed shell wraps itself around the original building, creating a soft transition from the existing to the newly-built. The house interior has also undergone a powerful transformation: since the conversion, the different areas of the entrance level merge smoothly into each other. The original floor plan structure, which was previously divided into small sections, was eliminated through the removal of non-supporting walls. An open-plan interior landscape with a living and dining area, fireplace and kitchen now forms the focal point of the house. This communal area exudes a pleasant air of spaciousness with great freedom of movement. An air space with an open staircase links the ground floor with the upper storeys. The resulting interplay with the large-surface glazing, offering a splendid view across the gardens that cover an area of 2,500 m2, gives rise to an expansive feeling of space. The two upper storeys serve as a private place into which to retreat. The master bedroom, complete with dressing room, bathroom and free-standing bathtub, is located on the first floor, while the top floor accommodates the two children’s rooms and another bathroom. In the basement, a sauna area and a recreation room with access to the garden offer further high-quality living space. 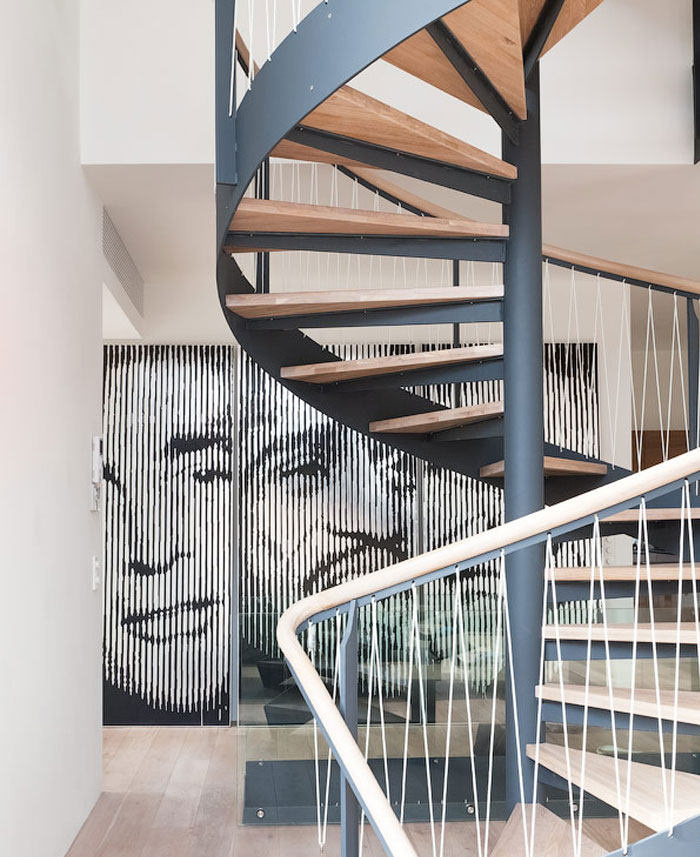 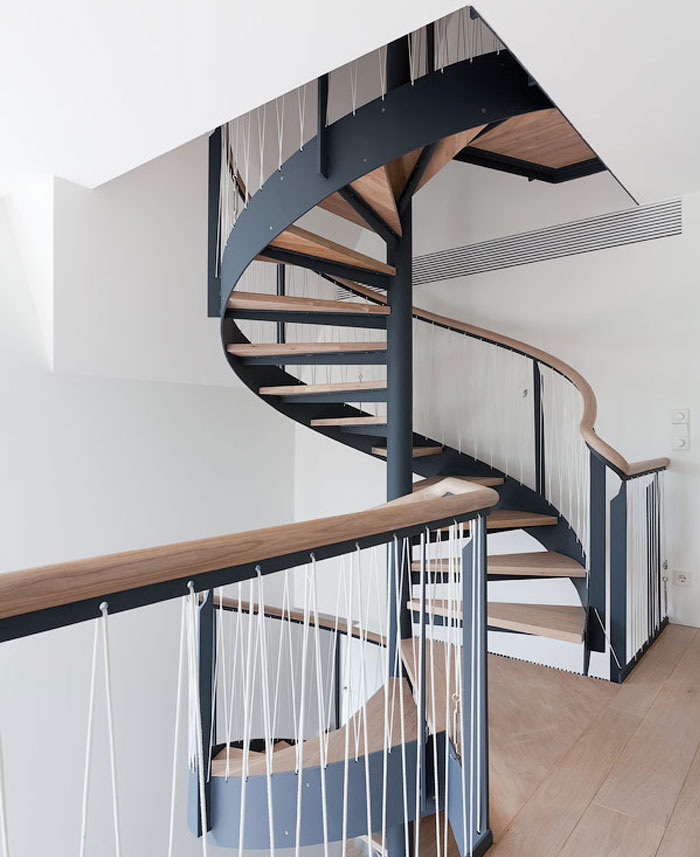 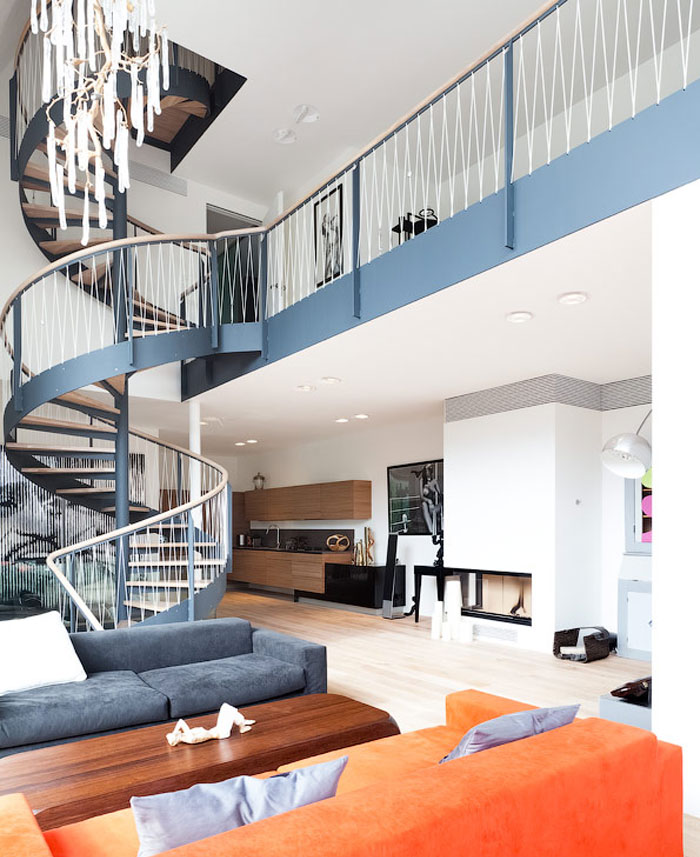 House N now displays resolute clarity and sleek elegance after its modernisation. This language of form is in part due to the reduction in the use of materials – oak floorboards, steel, glass and wood shape the spatial impression inside and out. The white plastered wall surfaces give the building a tranquil atmosphere while at the same time forming the backdrop for the client’s numerous art objects. 4a Architekten have succeeded in lending a contemporary ambience to the existing building structure, creating a high quality of living perfectly tailored to meet the residents’ needs. 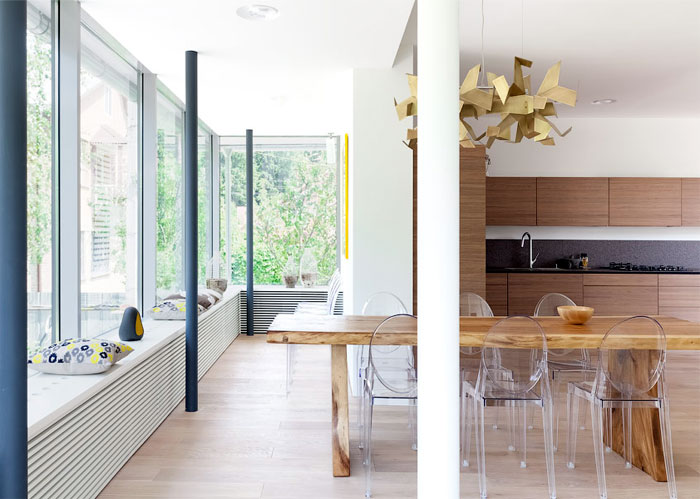 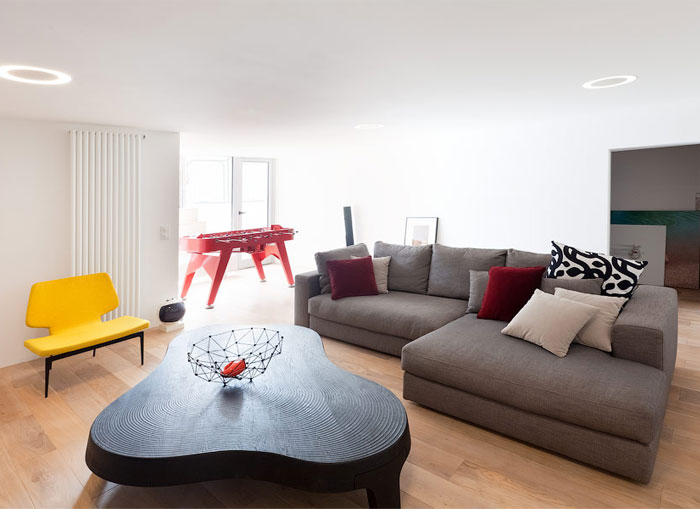 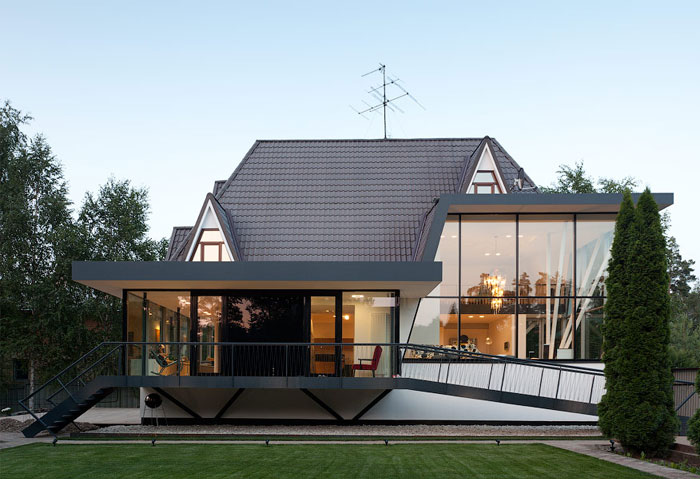 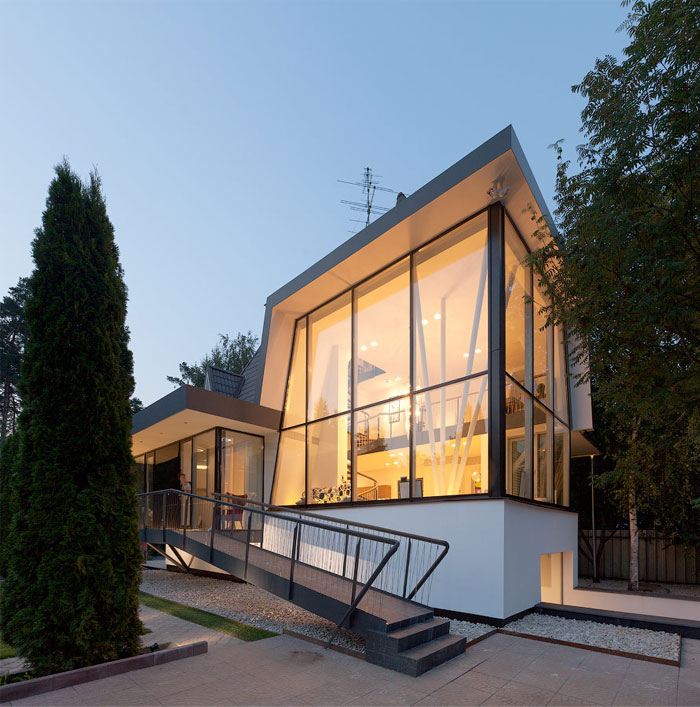