Benjamin Hubert has been commissioned to design a 200m2 auditorium space for UK trade show 100% Design. The auditorium housed Hosting Talks With 100% Design, the UK’s biggest design seminar programme and was a key destination for visitors and exhibitors during the September event. 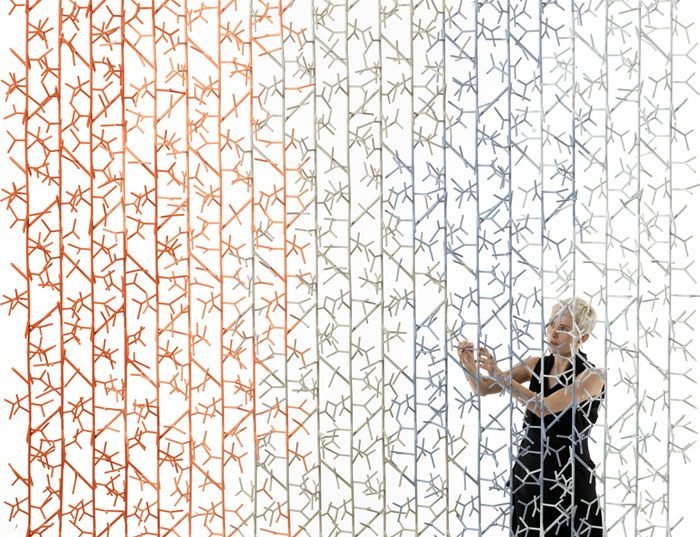 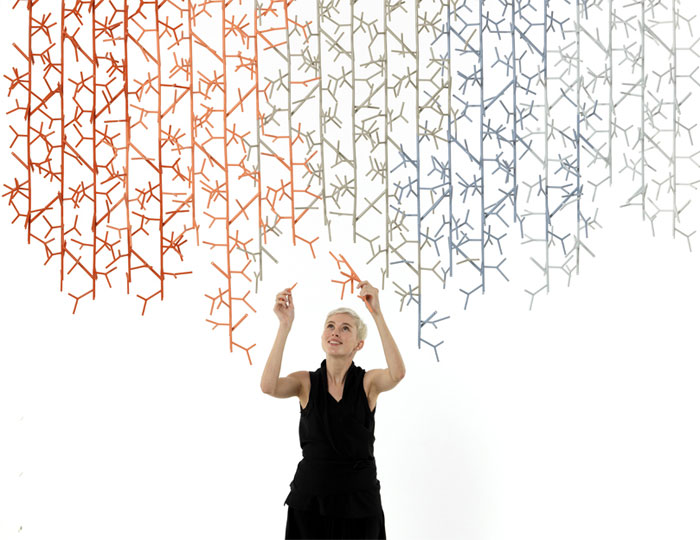 The brief called for a visually iconic space that would create a reference point within 100% Design. Based on observations from previous years, the auditorium needed to accommodate an audience for the seminar programme without excluding passers-by.

Benjamin Hubert approached the brief from the studio’s materials driven, process led industrial design perspective – rather than a traditional architectural approach – and have designed a modular system titled AMASS.

AMASS comprises three simple modules that, when assembled en masse, generate a structure that defines space without creating a visual barrier. 46,000 modules are used for the 100% Design installation.

The branched form of AMASS was inspired by the controlled randomness found in nature and the building blocks of life. The three modules can be connected in several different orientations to build variation into the structure. Amass was created to build architectural structure as apposed to other modular plastic products which only act as simple curtains or dividers. The Amass geometry allows for walls of varying thickness and corners to be created forming 3 dimensional structures. 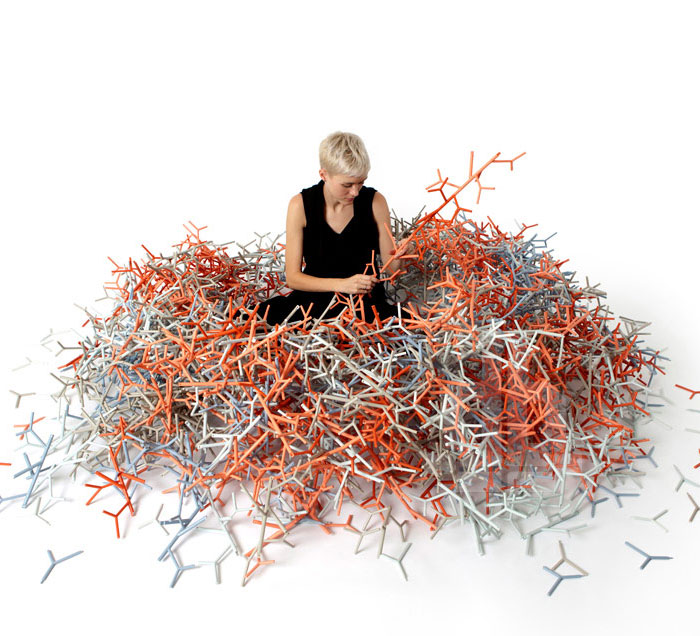 Each year, trade shows reportedly generate more than 600,000 tonnes of waste, much of which comes from the exhibition design and structure. With this in mind, Benjamin Hubert has designed AMASS to be re-used after the exhibition. The modular format of the product enables the same components to be re-assembled in any context or space where events are held.

In addition, the modules are injection-moulded polypropylene and entirely recyclable, reducing the carbon footprint of the installation. Following 100% Design, AMASS will also become available as a dividing system for commercial and soft contract interiors. The modular nature of AMASS means it can be easily scaled for various projects – anything from 1m2 to over 100m2. 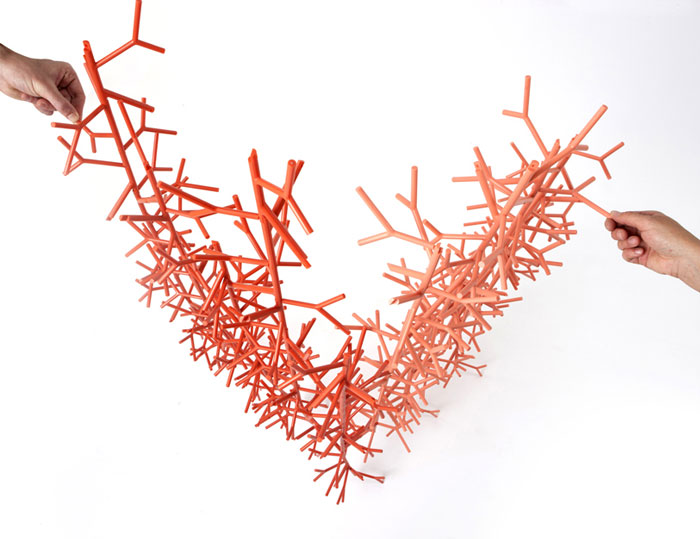