Suspended light fitting. Body in varnished aluminium sheet, shade in photo-etched optical polycarbonate. Internal reflector in photo-etched ABS. Directionable body. Powered directly from mains. The led can be dimmed with a “Triac for LED” dimmer. The cable has a useful length of 9 metres and thus the lamp can be suspended 3 metres from the ceiling. Wall plug version. via 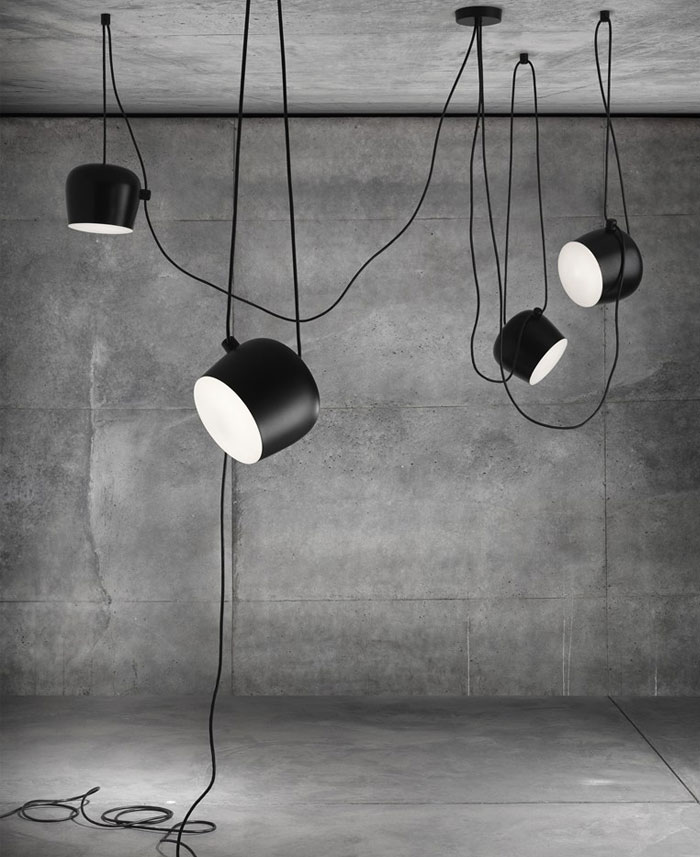 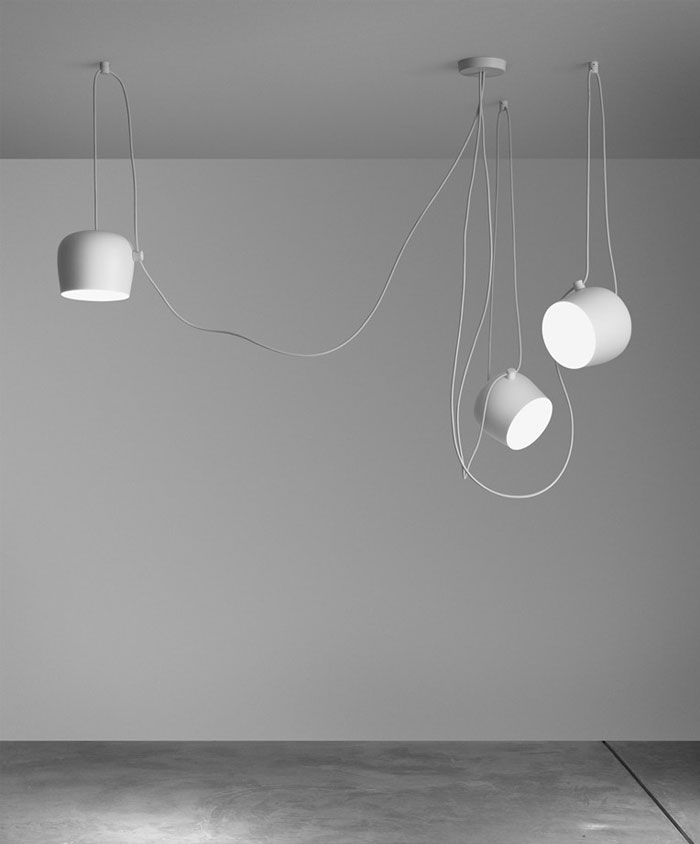 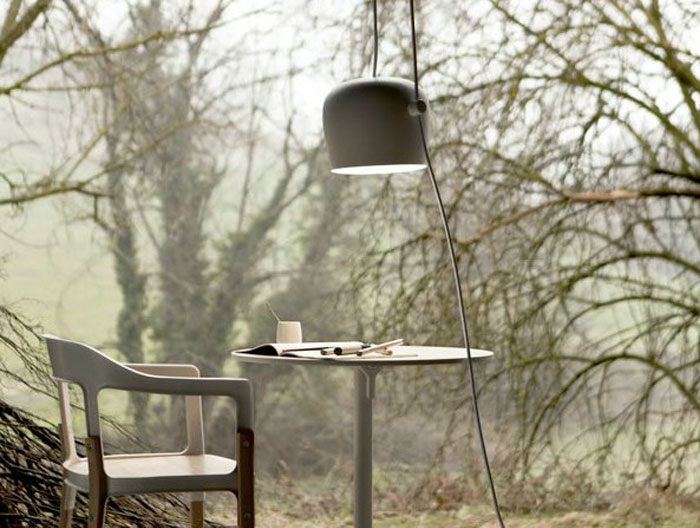