Located in downtown Taipei, Taiwan, this studio is the home and workspace for two designers. Using their own creative spirit to create a place for themselves, the Ganna Studio fuses elements from this historic apartment with modern aesthetics, resulting in a space that is both welcoming and beautiful but where plenty of work can get accomplished. 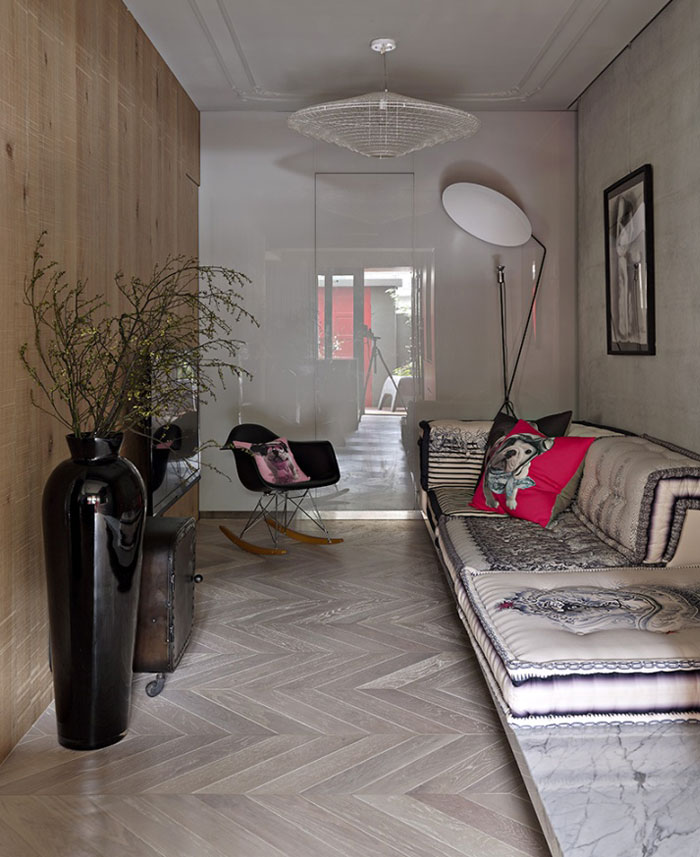 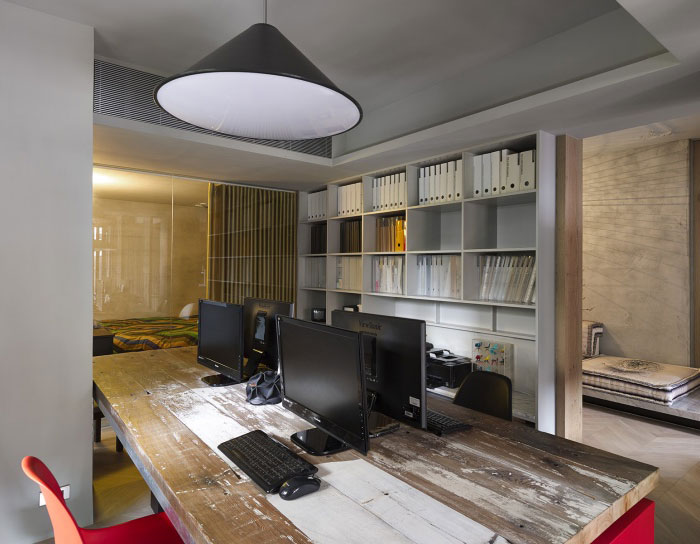 Wood is used as a central material, illuminating the longevity of the building and bringing natural elements into this largely urban dwelling. From a reclaimed wooden worktable to a herringbone pattern wooden floor pattern, the overall design feeling is timeless but not stuffy. Playful modern elements including geometric chairs and a brightly painted entrance gate keep things interesting and accessible. The mixing of older and more modern elements make the Ganna Studio an oasis for the two designers to live, work, and play in Taipei. 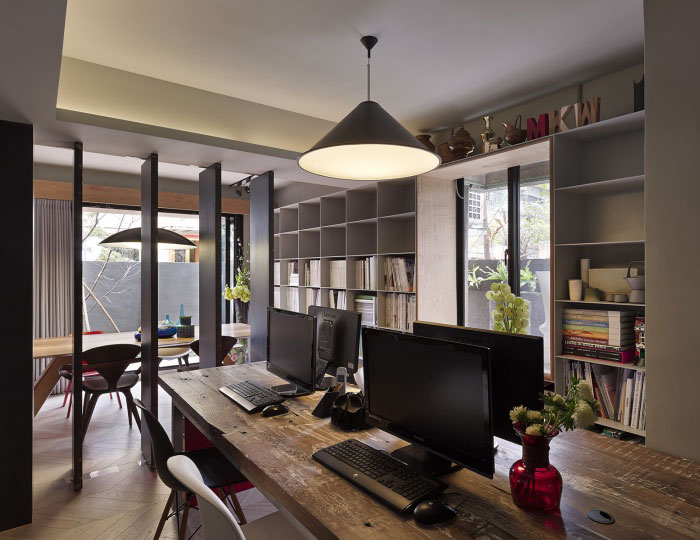 In the bedroom, thick canvas curtains can similarly be pushed aside or drawn closed for privacy. Deep shelving is built into one wall which is practical for storage of plans and books as well as easily malleable décor.

Of particular interest are the way in which Ganna Studio has chosen to separate the rooms in the cozy home. Embossed panels divide a contained workspace from the dining area and kitchen, effectively separating work from play and brining an ornate, classic element to the interior. But when the panels are spun perpendicular, air, sun, and people can filter from outside in the garden through to the office.

With no desire to make changes to the old building, which once housed the families of military personnel, the designers instead reinvigorated the interior of the apartment without tearing down or changing the charming exterior elements. via Freshome.com 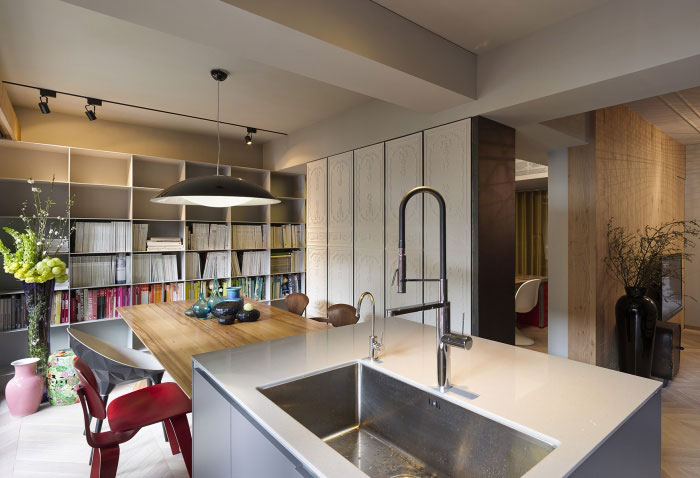 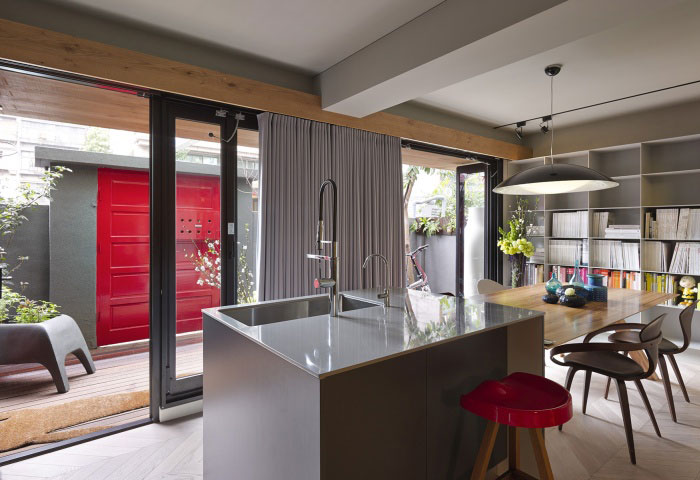 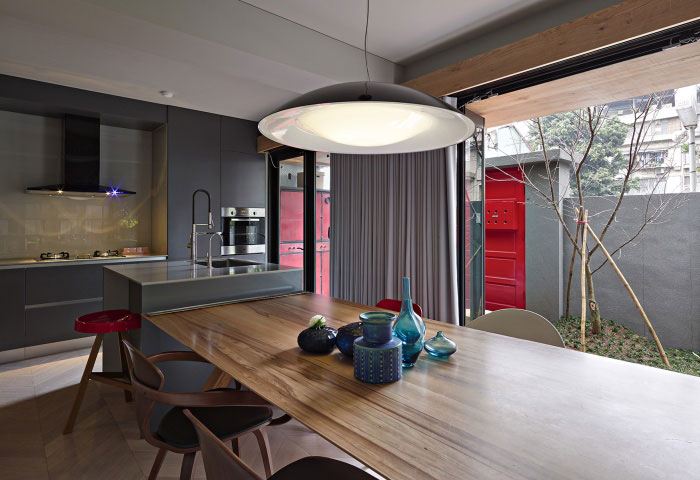 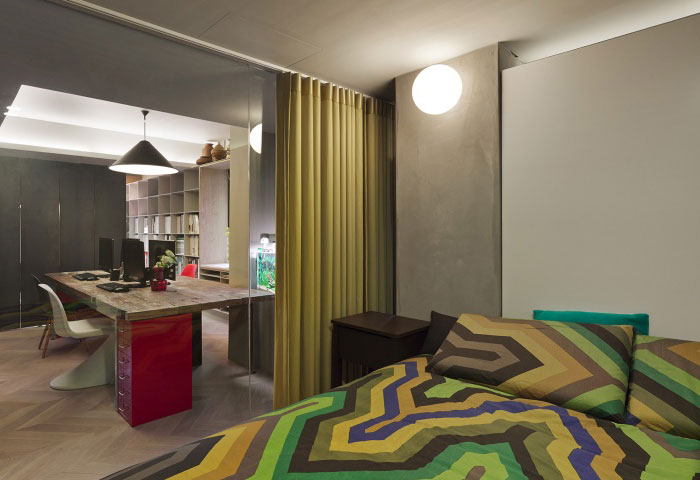 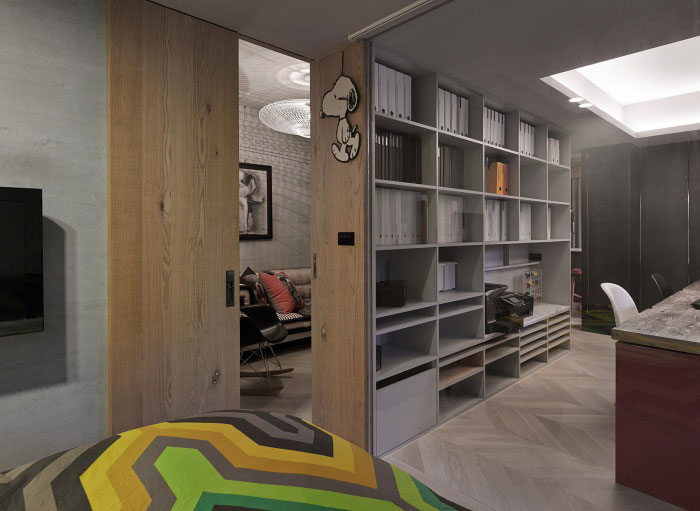 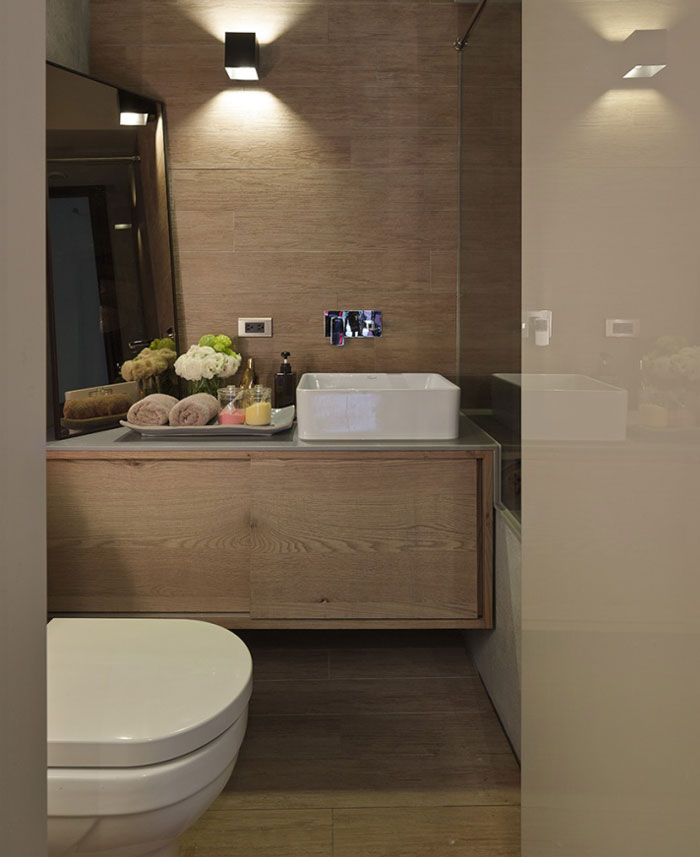