As the transition from indoors to outdoors blurs, the distinction between winter garden and garden living room is becoming increasingly fluid. New furniture for the garden, patio or balcony seems to actively seek attention while at the same time providing a retreat inside the house where the occupants can still feel in touch with nature even during the winter months – and sometimes all year round. It is exactly this trend that the Outdoor collection from French furniture producer Ligne Roset is intended to address. 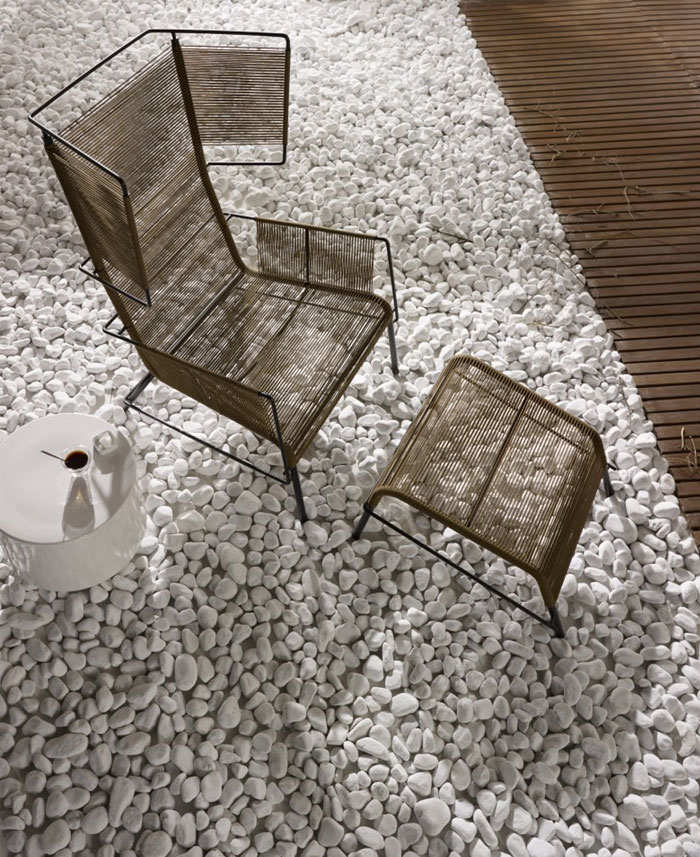 The collection includes an armchair by the name of Fifty, an interpretation of the wing chair that is just as much at home inside the house as it is out of doors. Its sculptural appearance allies the understated design of a black metal structure with the artisanship of 350 metres of hand-woven black or tobacco-coloured cord. The high backrest is ideal for resting or reading. A footstool enhances the relax factor while the “ears” reinforce the general feeling of security. 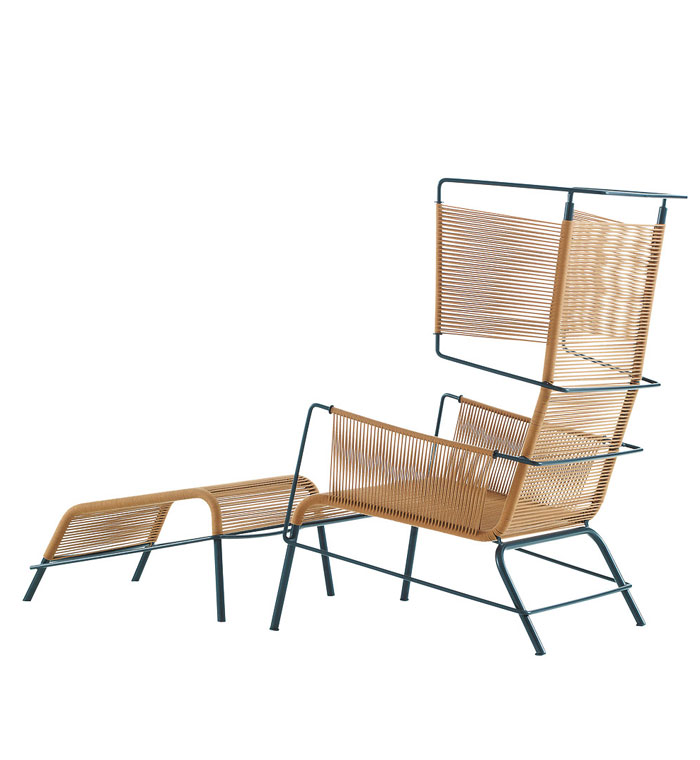 The minimalistic armchair was designed by Dögg Gudmunsdottir. The young designer from Iceland studied in Milan and Copenhagen and now lives in the Danish capital. Her work is strongly influenced by natural materials, organic shapes and traditional craftsmanship. She has been working with Danish architect and designer Rikke Rutzou Arnved since 2010. 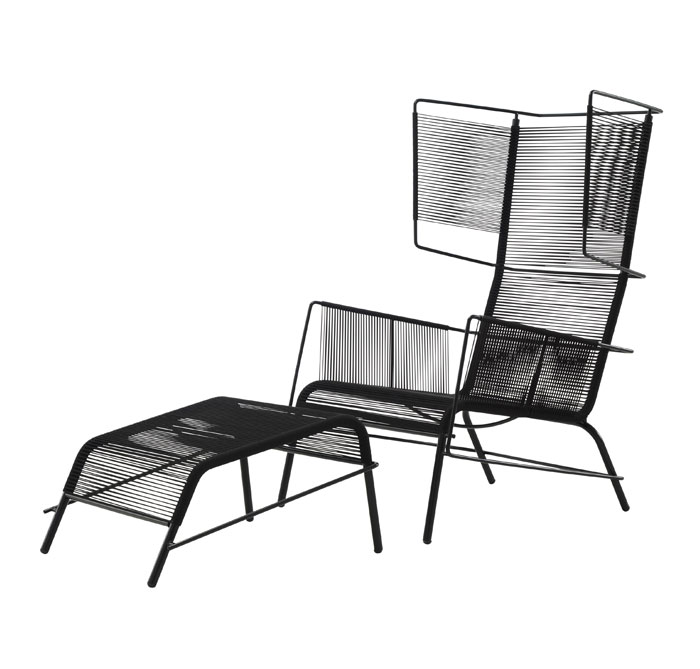