Recently installed at the Palais de Tokyo in Paris, was constructed by Brazilian artist Henrique Oliveira who is known for his near complete organic transformations of interior and exterior spaces. Titled Baitogogo, the work depicts an architectural grid of columns and support beams that seem to morph into a chaotic tangle of branches or roots. Via the Palais de Tokyo: 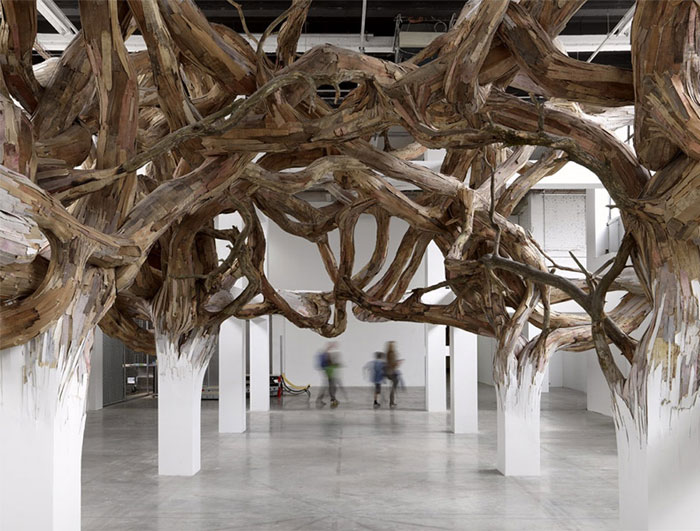 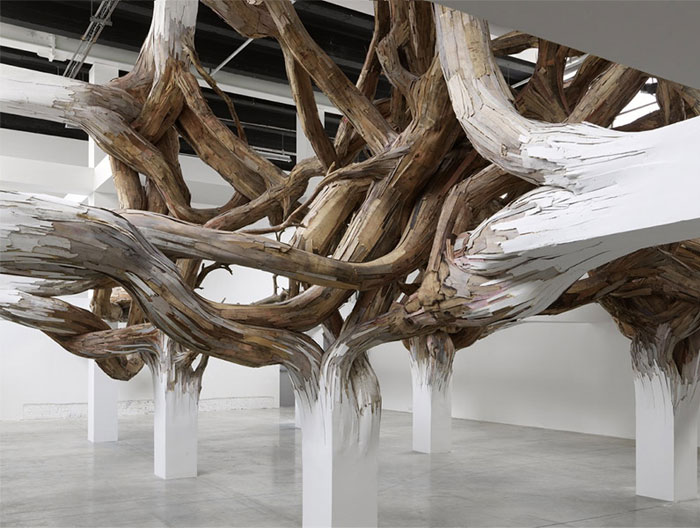 Through a kind of architectural anthropomorphism, Henrique Oliveira reveals the building’s structure. At Palais de Tokyo, he plays on the space’s existing and structuring features, prolonging and multiplying pillars in order to endow them with a vegetable and organic dimension, as though the building were coming alive. The artist draws inspiration from medical textbooks, amongst others, and particularly from studies of physical pathologies such as tumors. Through a formal analogy, these outgrowths evoke the outermost layers of the bark of a common tree. 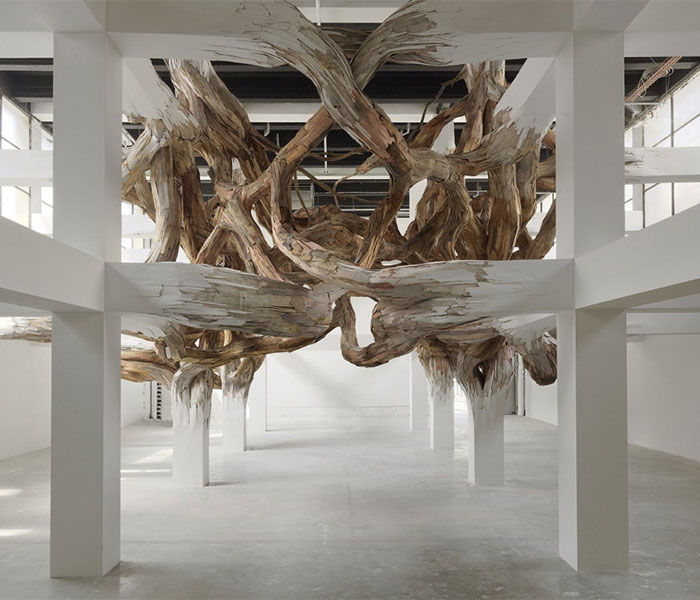 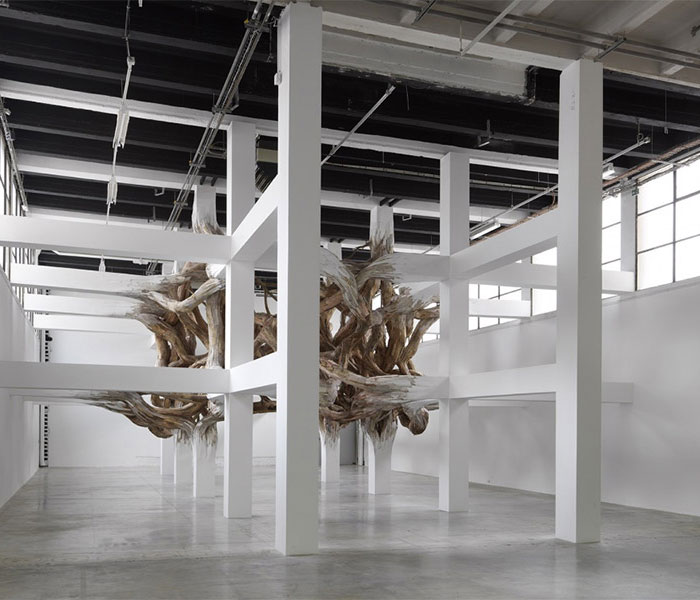