For Bonaldo, interior furnishings are not just accessories: they are an important part of the home, sometimes they are vital because their function makes everyday life easier, and others they make the setting more elegant, modern or designer, thanks to their original silhouettes and colours. The value of Bonaldo furnishings has been acknowledged over the years on an international scale: in 2010 the Pebble coffee table, designed by Matthias Demacker, received the Good Design Award and was nominated Best of the Year 2010 honoree by the American magazine Interior Design; the Tectonic coffee tables by Alain Gilles won the Henry van de Velde Label in 2008. The new products for 2013 confirm an established collaboration with Andrea Lucatello, and mark the start of two new professional partnerships with the young designers Ryosuke Fukusada, from Japan, and Jarrod Lim, a Singapore -based Australian, who were able to translate their cultures into original and functional design objects. 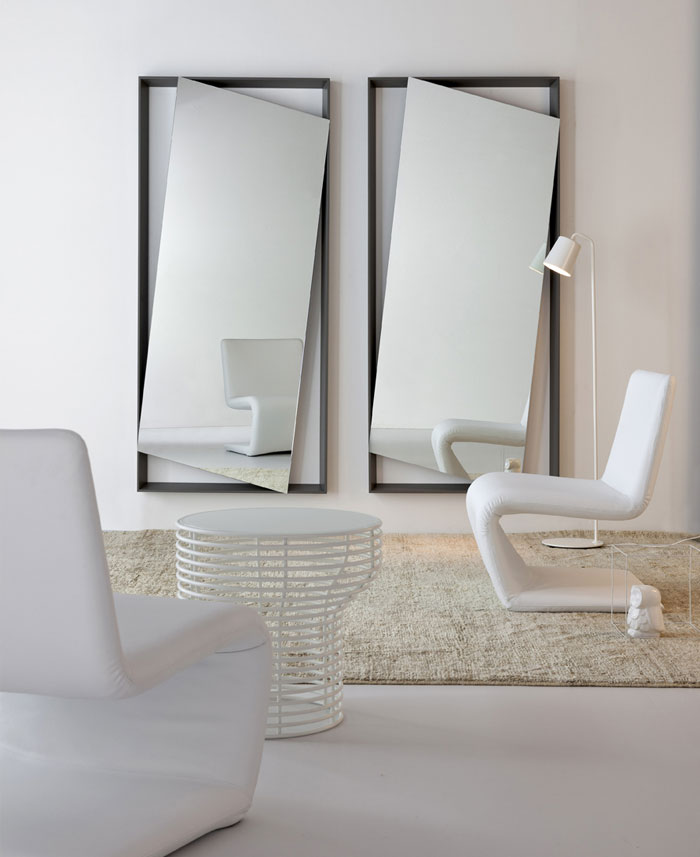 Hang up mirror Design: Andrea Lucatello
A picture frame or a mirror? Hang up is definitely an unusual mirror. The irregular position of the mirror adds a touch of movement and irreverent modernity to the mirror’s designated setting. The initial idea was to create a mirror that is detached from its natural position while still hanging onto the frame: thus an unusual game of perspectives is created, emphasised by the contrasting silhouettes. 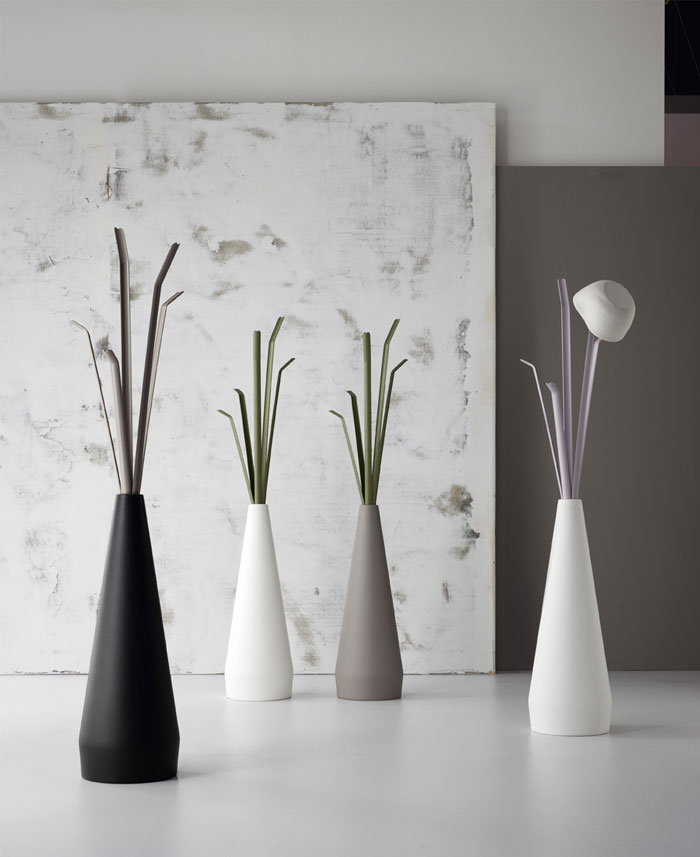 Kadou coat stand Design: Ryosuke Fukusada
Oriental culture and tradition, Made in Italy production know – how: it would be impossible to miss these two ingredients in Kadou, the coat stand designed by the young Japanese designer Ryosuke Fukusada for Bonaldo. Kadou recalls the shapes of a traditional Japanese vase of flowers: its name in fact means “the art of flowers”. The concept behind this product is to show the Western culture a typical traditional Japanese object, restyled with a modern approach using contemporary colours, materials and shapes. A large number of Japanese objects are often designed spontaneously and are therefore functional and natural in their shapes. 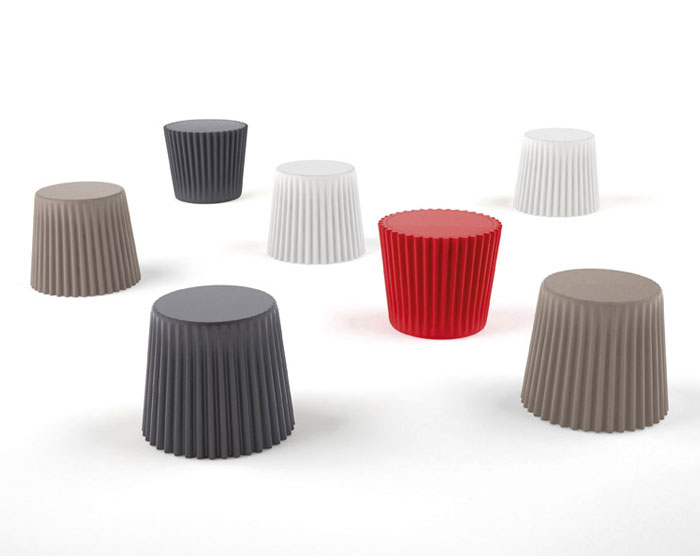 Muffin coffee table/pouf Design: Ryosuke Fukusada
A coffee table or a seat? American, like the famous muffins it draws its inspiration from, Japanese, like Ryosuke Fukusada who designed it, or Italian, like Bonaldo who produces it? It is difficult to tell, because in both its concept and multi – functionality, Muffin embodies aspects which are now common to all of modern society. A large number of objects are produced and consume d quickly in modern – day society. These include a lot of products tied to packaging or padding which cannot be seen. Nonetheless these products involve a more intricate design than people would think. Designing a piece of furniture using characteristic elem ents of such products can recreate the familiarity and functionality of everyday life objects. 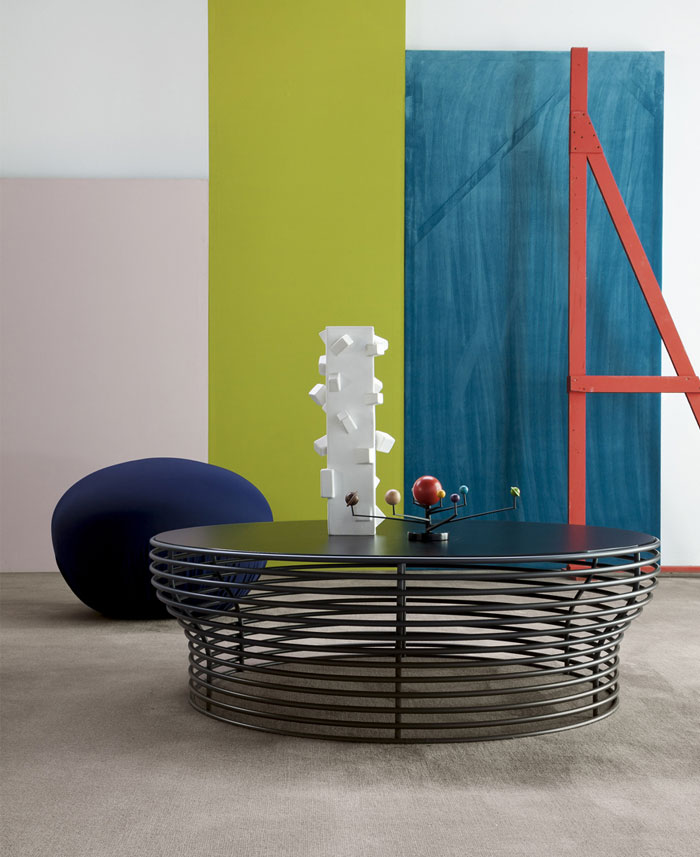 Orion coffee table Design: Jarrod Lim
The Orion coffee table is the first product ensuing from the collaboration between Bonaldo and the young designer Jarrod Lim: born in Australia, he now lives in Singapore, after working in Milan, London and Melbourne. Jarrod Lim grew up and trained as a designer in a cosmopolitan setting filled with cultural stimuli which have influenced and enriched his work. The idea behind the Orion coffee table came to him as he walked through a photographic exhibition: spectacular photos showing the circular route taken by stars while the earth rotates. The name Orion was chosen because it is one of the brightest and easily recognised constellations. 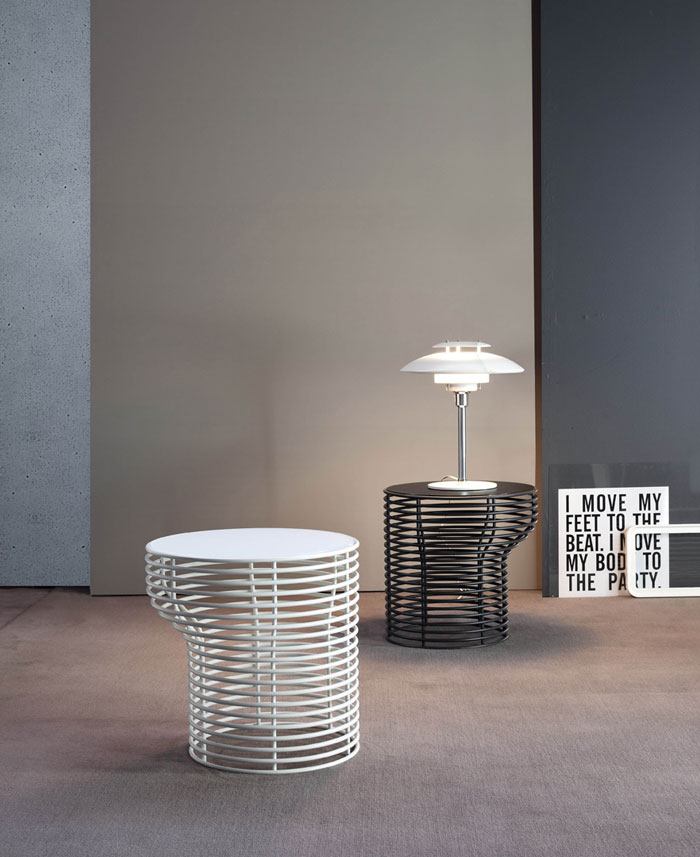