Gasometer Oberhausen, the largest gas storage silo in Europe, is one of the rare sites that Christo has taken on twice: once in 1998 with a wall made out of 13,000 oil barrels, and for a second time this year, with a new installation called Big Air Package. The new show–which opened on March 16–fills the massive steel silo with 61,000 square feet of ethereal white polyester. The promoters for the project bill it as the largest indoor sculpture ever created. 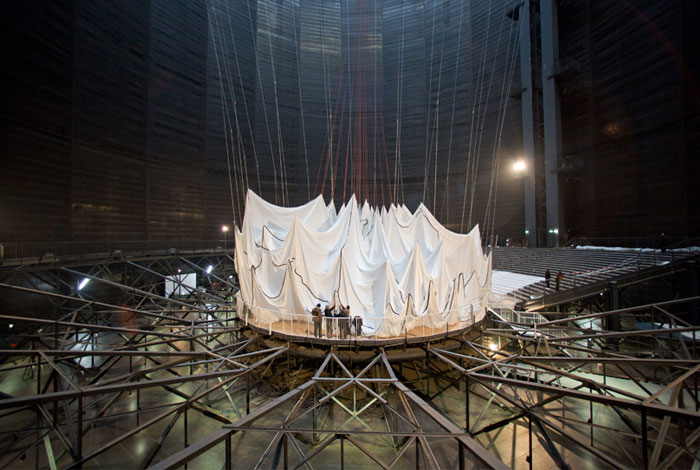 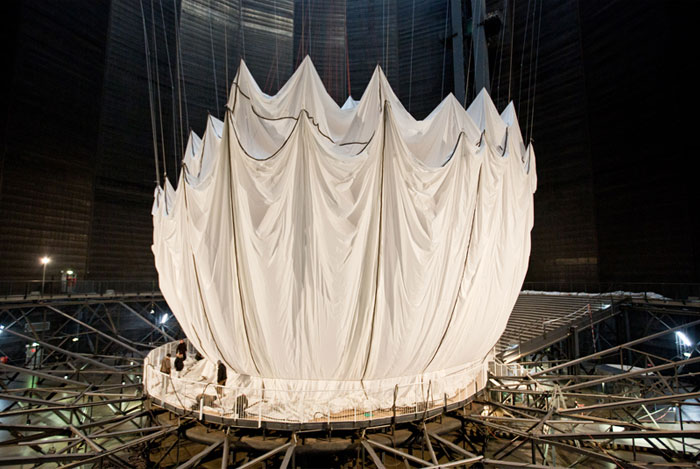 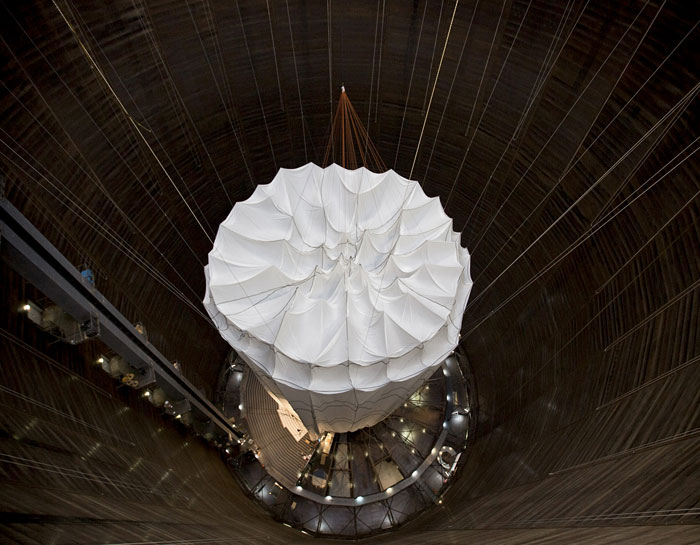 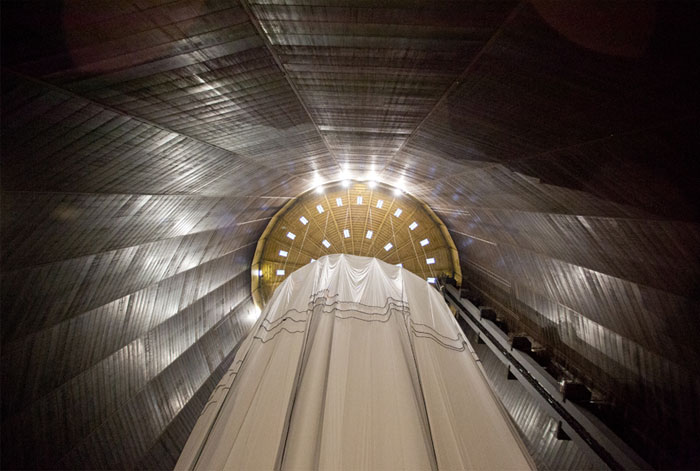 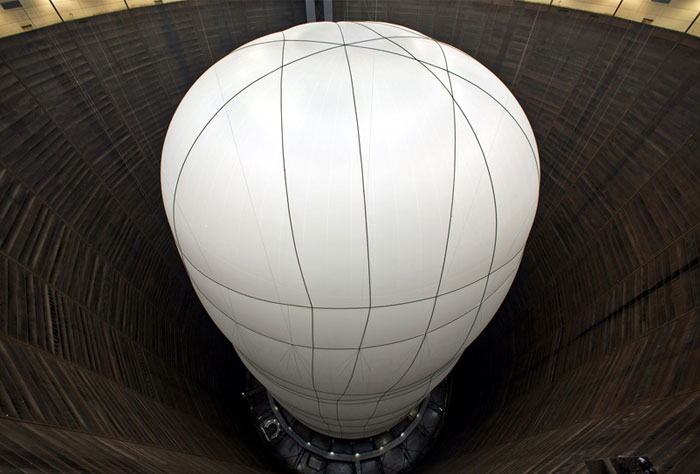 The massive white balloon requires consistent air pressure supplied by two giant fans at its base, so visitors enter through an airlock, Contagion-style. Inside, they’re welcome to move around as they wish-light from projectors play across the surface of the balloon, which is also lit from the Gasometer’s massive skylights. “When the Big Air Package was finally installed, it was absolutely unexpected what I saw,” Christo says in a statement. “The fabric very much transports the light. You are virtually swimming in light.” 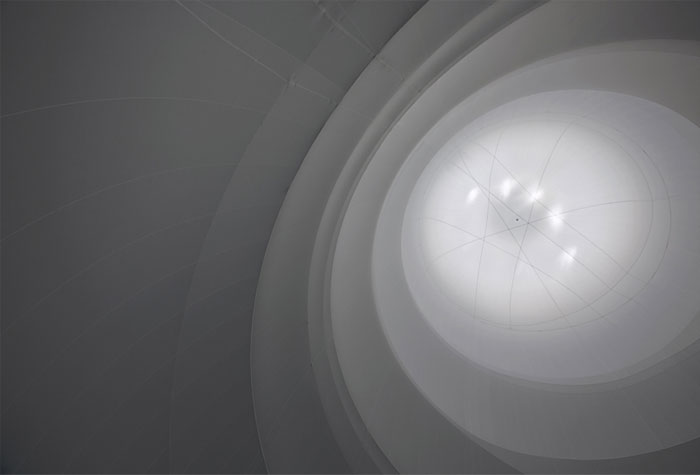 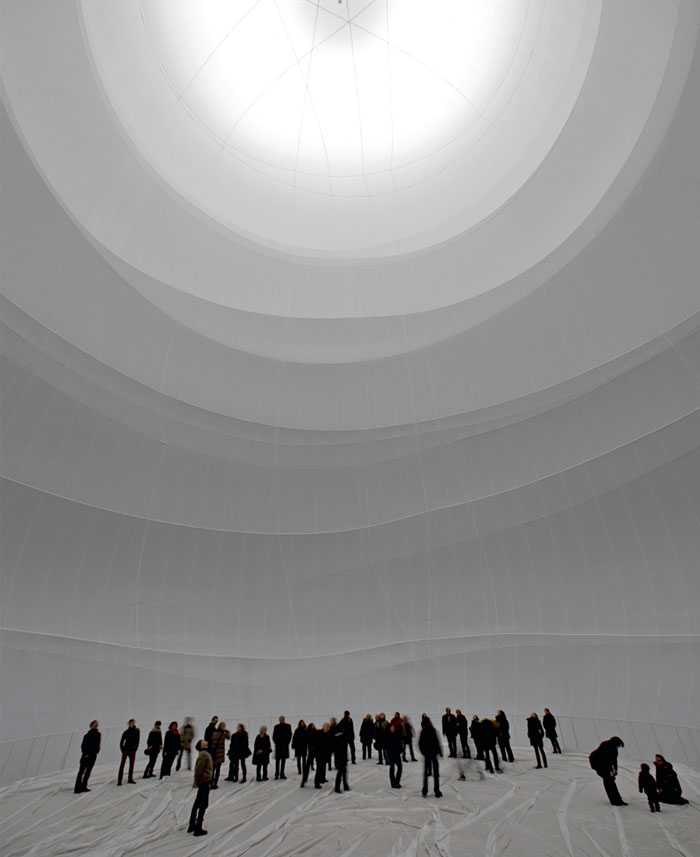 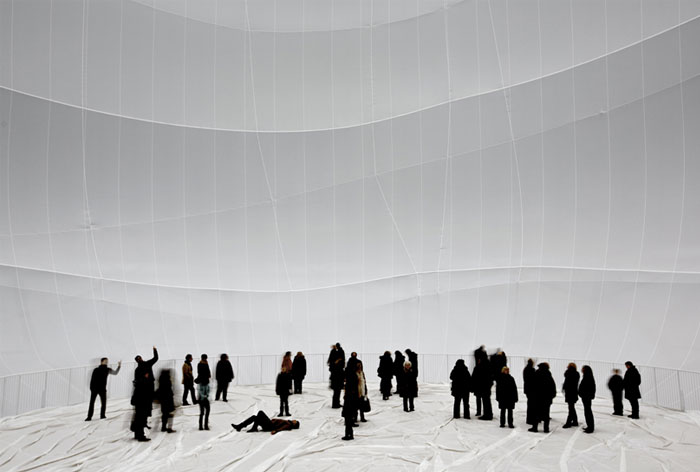