If in doubt when redesigning a room, why not go for some traditional elements? There are always some reliable classics, like brocade chairs, lushly embroidered tapestry or muted colours which give a room a certain elegance that can somehow never quite be achieved with modern counterparts.
An example could be this apartment near the Hyde Park in London. The first words that come to mind when looking at pictures of it might be ‘opulence’ or ‘grandeur’, but they don’t even seem to do it justice. An ornate glass table in the middle of the living room is just one highlight that can be found. 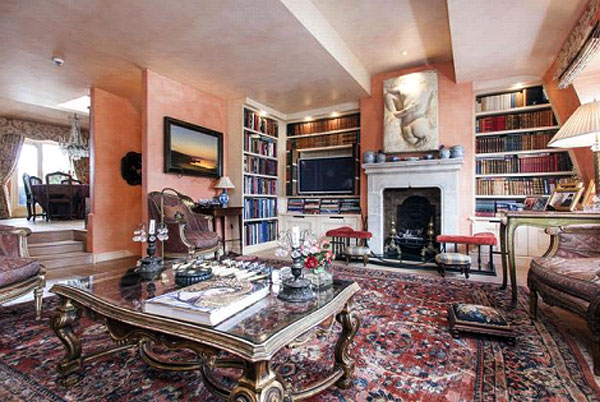 In surrounding the TV by books it is well integrated into the bookshelf, instead of standing out. The overall colours in the apartment complement each other without being too similar. This even becomes obvious when looking at the books, some of which are organised according to their colour. The room has a feeling of consistency, but still looks liveable. 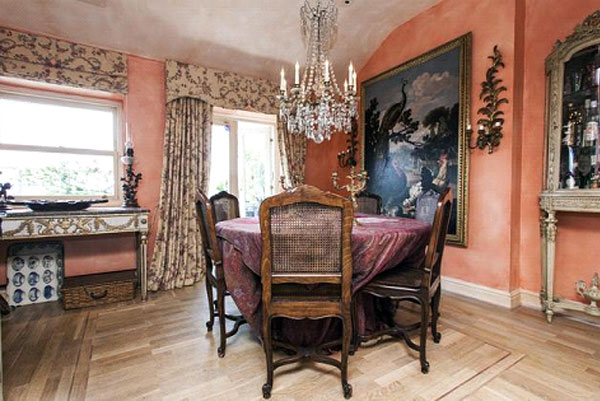 Heavy curtains and a painting with a peacock- what more could you ask for? The chandelier over the dining room table is another highlight, providing a stylish focal point while fitting in well with the surroundings. 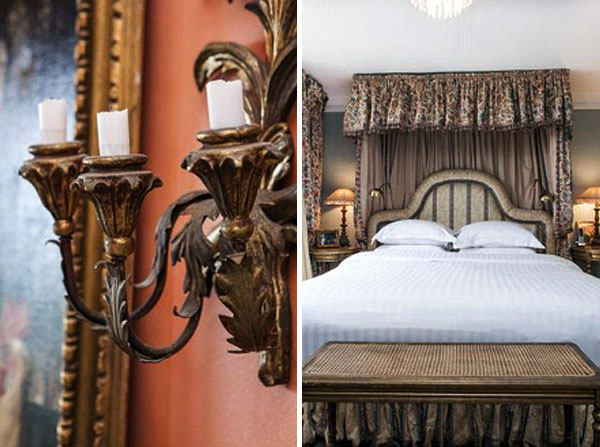 But classical design doesn’t have to mean dark colours. An apartment can still be bright and inviting, as this one shows nicely. A blue tapestry and light furniture open up the room, while the dark wooden table provides a nice contrast. Noticeable is also the symmetry in the room: two lamps on either side of the sofa, two pictures above it and two chairs turned towards it. It is not overdone but nevertheless organises the room.

Both the headboard of the bed and the kitchen counters offer small details. These enrich the rooms while keeping in with the overall colour scheme.
Both apartments can be found in the catalogue of onefinestay, London’s first unhotel. The company, which can also be found in New York, offers a new way of travelling. Get the chance to live like a local in staying in an apartment in London or New York for a few days without giving up on the comforts of a hotel. Fluffy towels and shower gel in those fancy little bottles are guaranteed- as is an iPhone, which is handed over on arrival. This basically replaces the reception of a hotel, if there are any problems help is just a phone call away. However, the highlight of the phone is that it contains tips from the owners of the apartment about the area.  This is the best way to get to know an unknown town: have locals tell you where the best places are. Instead of running around with a map, hoping to come upon a coffee shop sooner or later, you instantly know where you can find the best coffee around. Don’t be a tourist any longer, but enjoy the live of a local for a few days.
The catalogue currently contains more than 1,000 apartments but it is constantly expanding. And there are not only classical homes!