Located near ‘ El Zocalo’, right in the heart of the old city where the Aztecs first settled and afterwards the Spaniards built churches and palaces using the existing stones that were part of the Aztec pyramids.
“Downtown” is settled on a magnificent palace, witness of the XVII century architecture. Known as the “Palacio de los Condes de Miravalle”, the red volcanic rock walls, the multiple doors, window quarry frames and the handmade cement tiles, along with the glorious patios and a spectacular stone-forge staircase provide the building the unique flavor of the Mexican vice regal style. 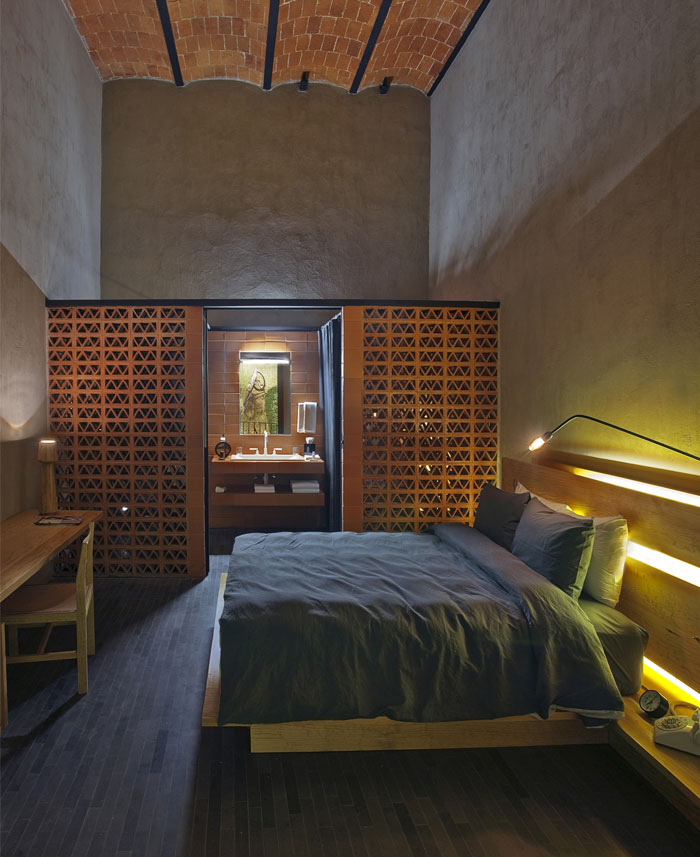 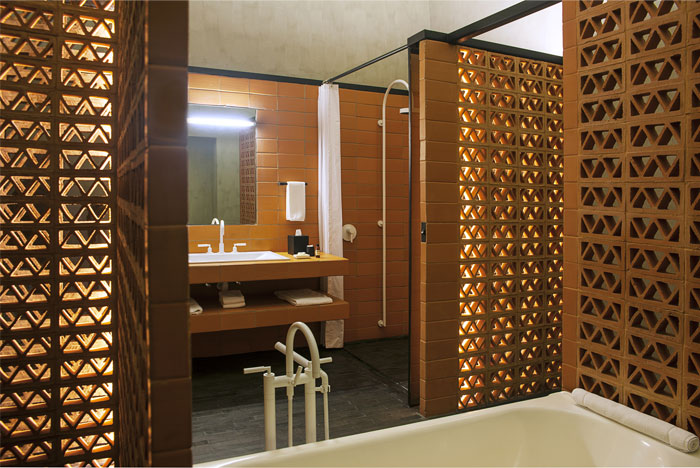 The intervention preserved the original facades and the main walls, and although the Cherem Arquitectos took advantage of the general distribution of the space, a new order with a contemporary look was proposed, attributing a new identity and character to the building. 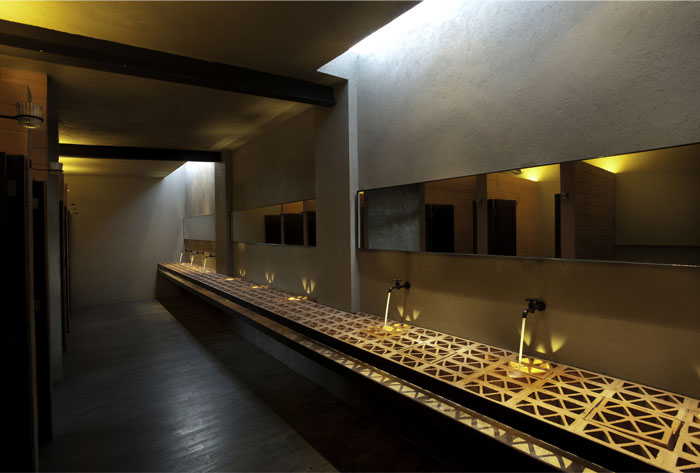 The architectural program is original and innovative, with a combination of boutique hotel and hostel within the same building. Both concepts are spatially separated working as two different elements. via 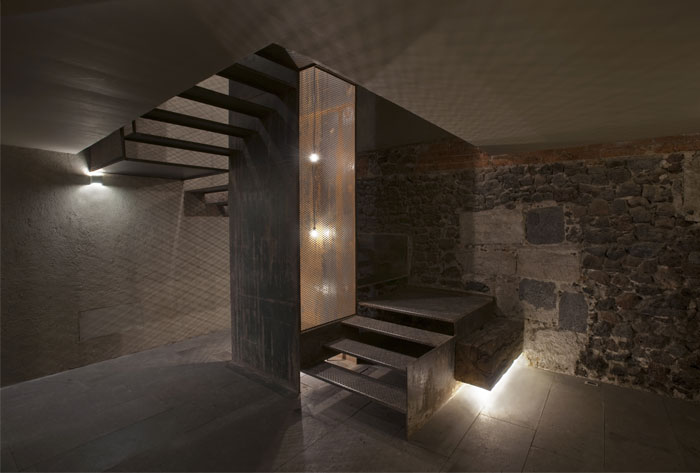 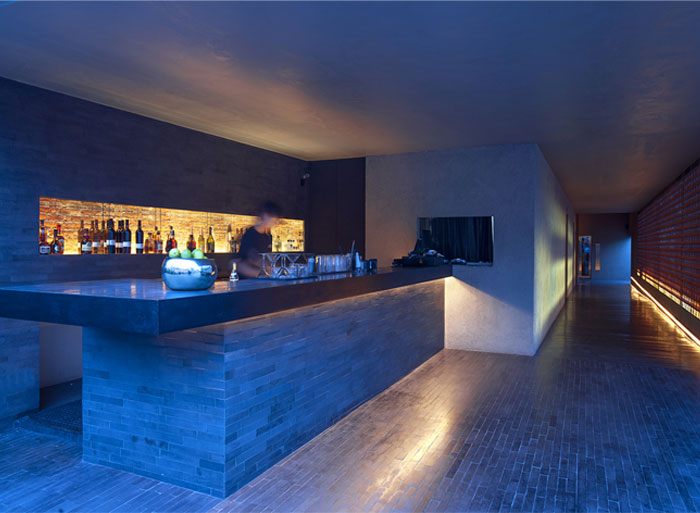 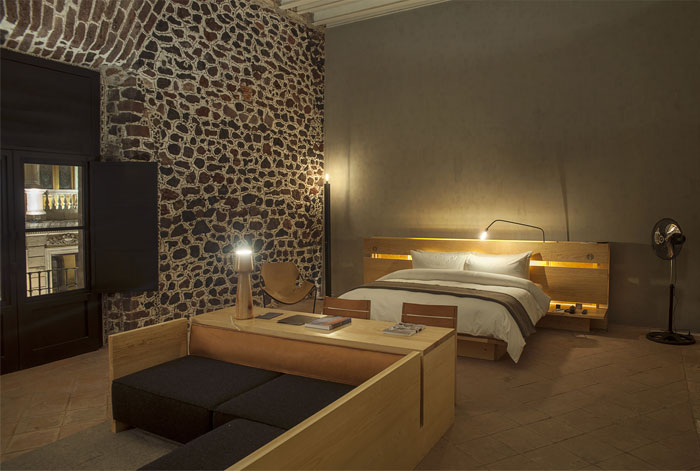 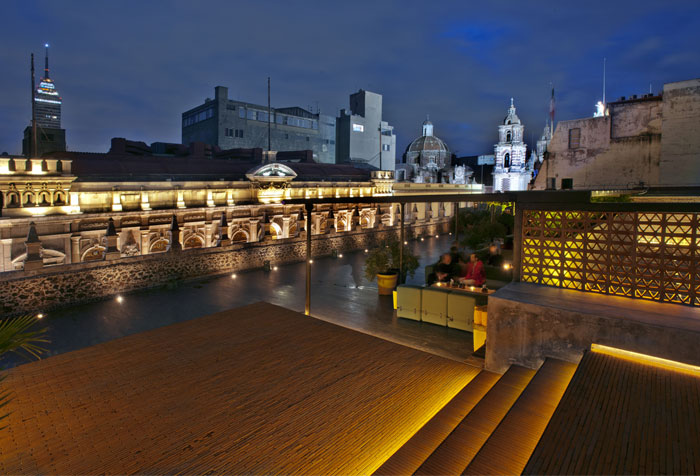 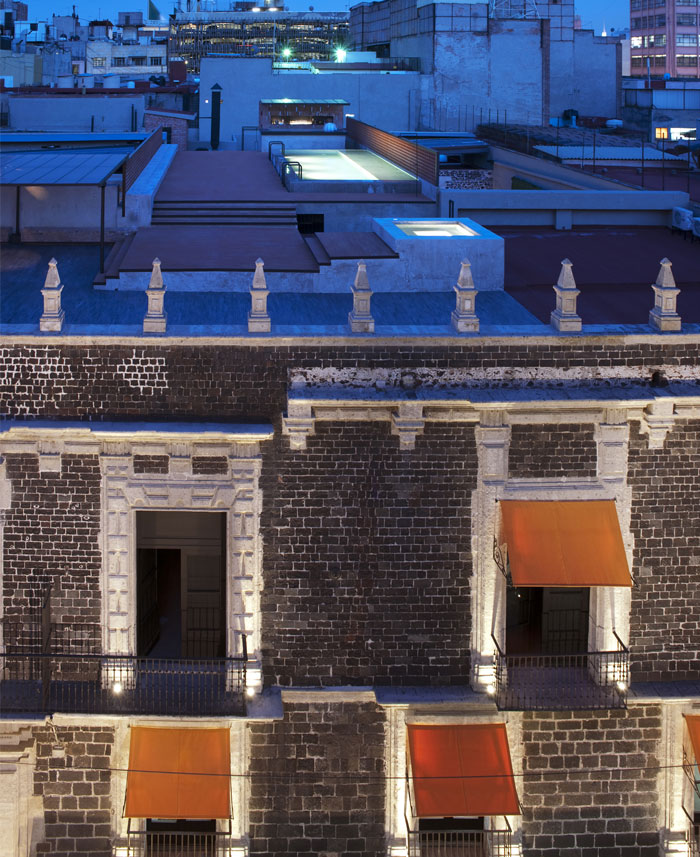 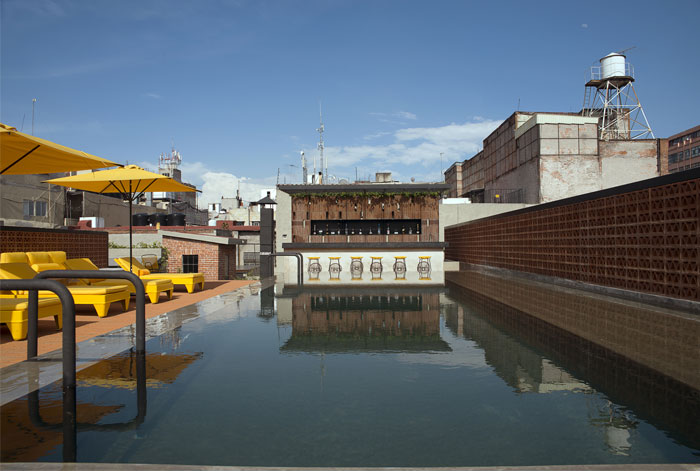 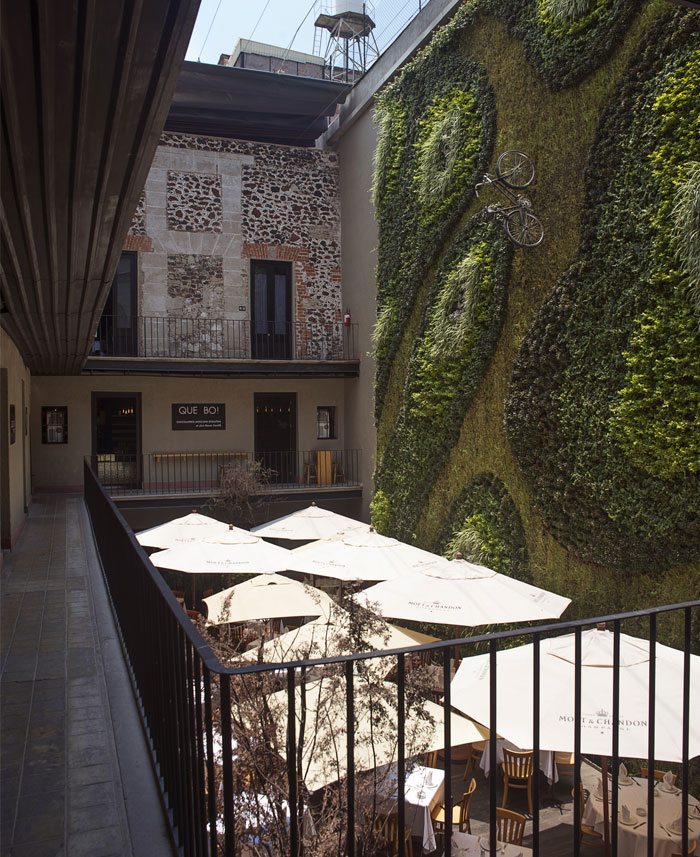 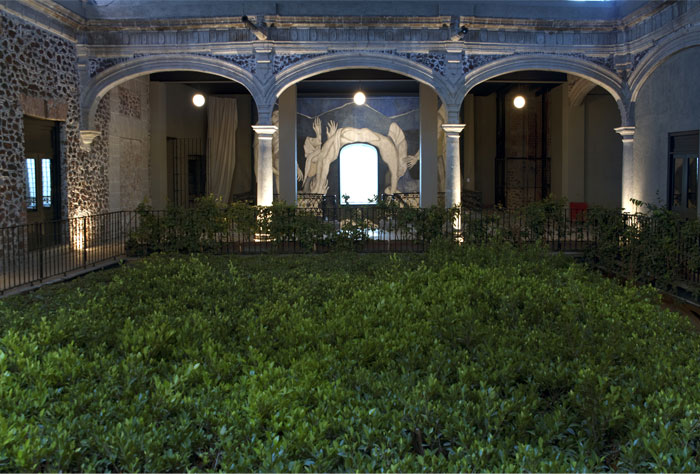 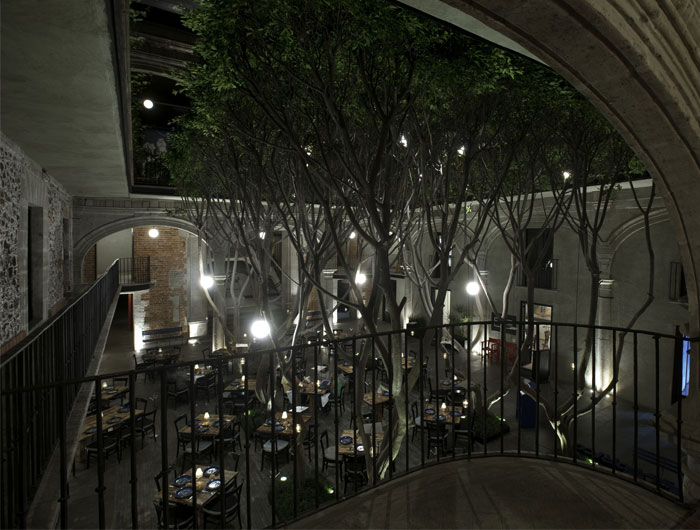