.PSLAB’s primary aim was to create a feeling of continuity between the individual spaces that comprised the site. The spaces were secluded from each other with the tile and ceiling being the only repeating pattern. The restaurant’s ceiling was somber and adorned with L shaped brass sheets. A major insertion that was both simple and fit with the existing features was needed to avoid encumbering the space. The space utilized elements such as wood and brass and incorporated dark colors so the team selected materials that worked with those elements when designing the concept. In the lower-level wine cellar the dome-shaped ceiling required a concept that incorporated a technical system to ensure functionality of the design, producing a design constraint. 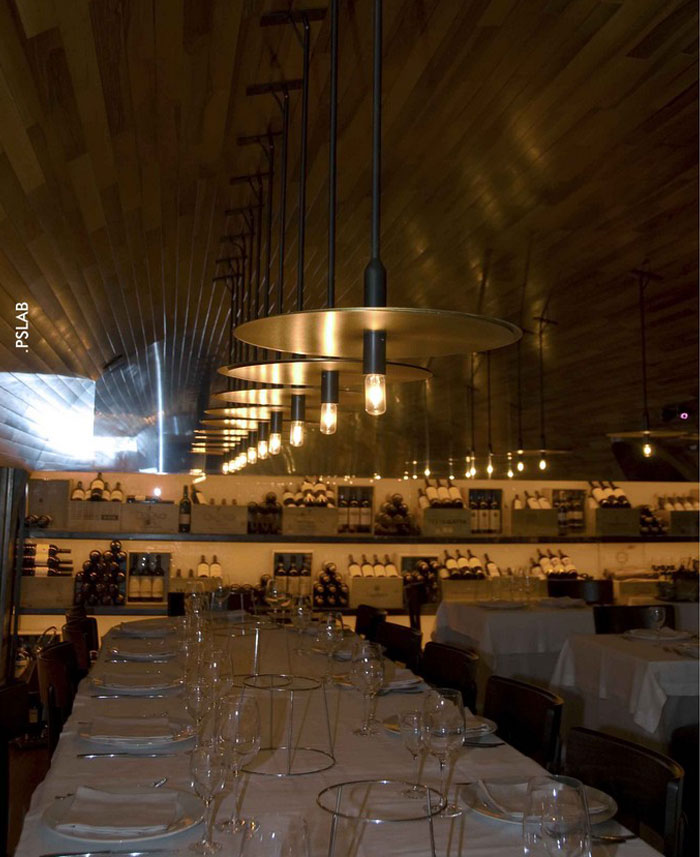 A major insertion was made to the restaurant’s ceiling, in the form of circular-shaped drums. These lighting products were unimposing and did not conflict with the existing pattern created by the L shaped brass sheets, available across the restaurant’s ceiling. The material used for these products was meticulously chosen so as not to interfere with the existing elements in the space. All lighting fixtures were set in a combination of brass and black powder-coated finishes to go along with the restaurant many features. .PSLAB overcame the constraint of the secluded spaces by creating continuity through the method of placement of the circular drums to create axis. The circular drums were dropped to the level of the brass sheets extension, creating the effect of a one-level ceiling. 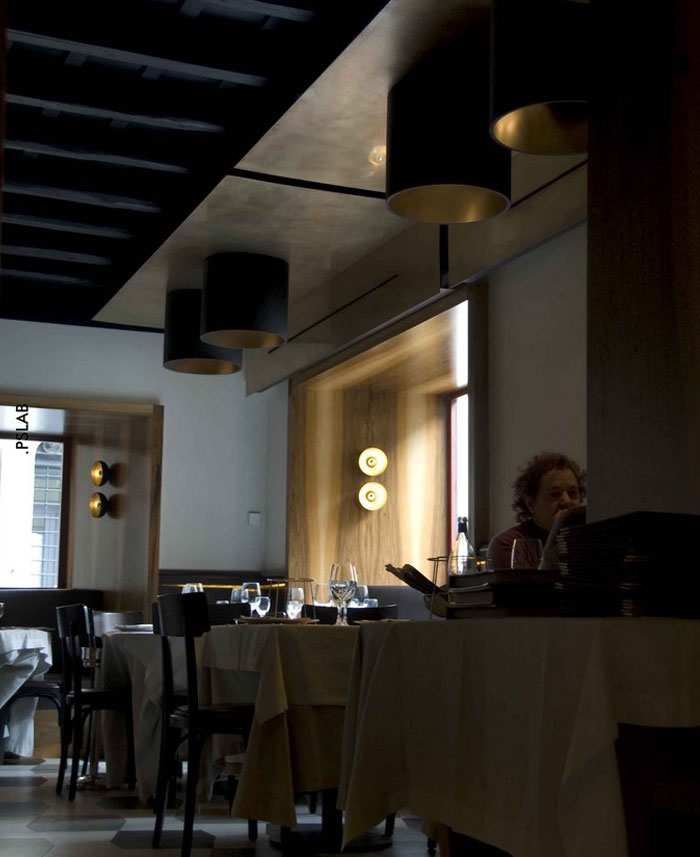 The restaurant’s wall that was exposed to the outside through vitrines had box-shaped seating areas that required an additional source of light. .PSLAB created a 2nd layer of lighting with the installment of wall-mounted fixtures in the interior walls that engages viewers as they walk by. The bar and seafood stand needed a source of light that would be concentrated. Light suspensions were lowered to be closer and highlighted these two delectable sections.  In the wine cellar, .PSLAB installed lighting fixtures that responded to the circular dome-shaped ceiling. .PSLAB followed the curvature of the ceiling and placed lighting fixtures aligned to be parallel to the seating areas. From the wine ceiling, there descended a series of long, elegant black metal rods and each rod supports a brass disc with a light source at its center. .PSLAB inserted at the edge of the rod a system of flexible installation to ensure fixtures hung down where the ceiling was not flat and ensuring alignment with the section’s central axis. 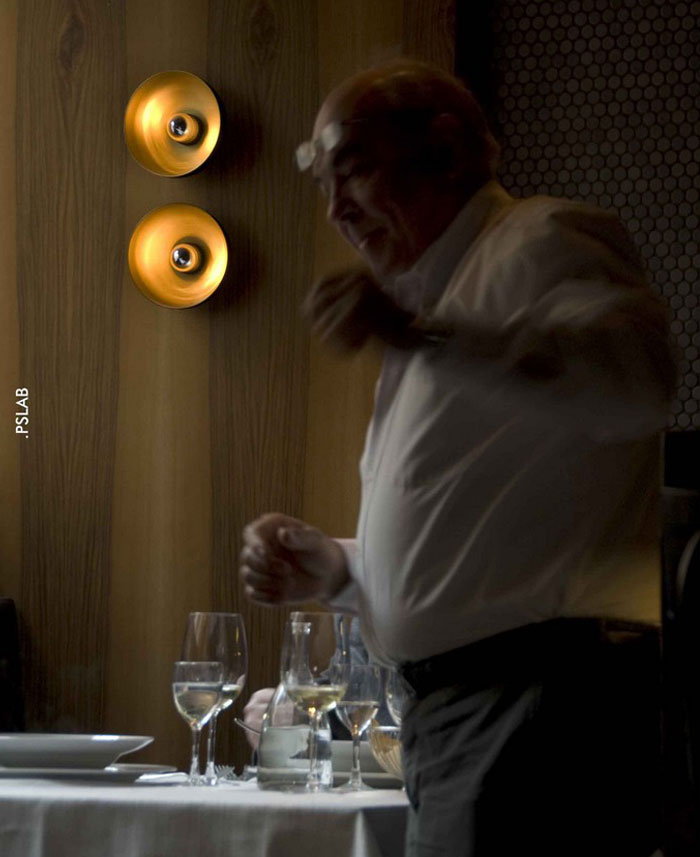 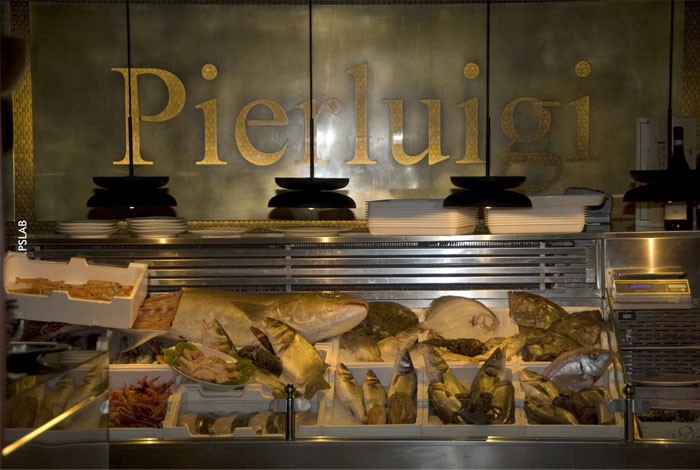 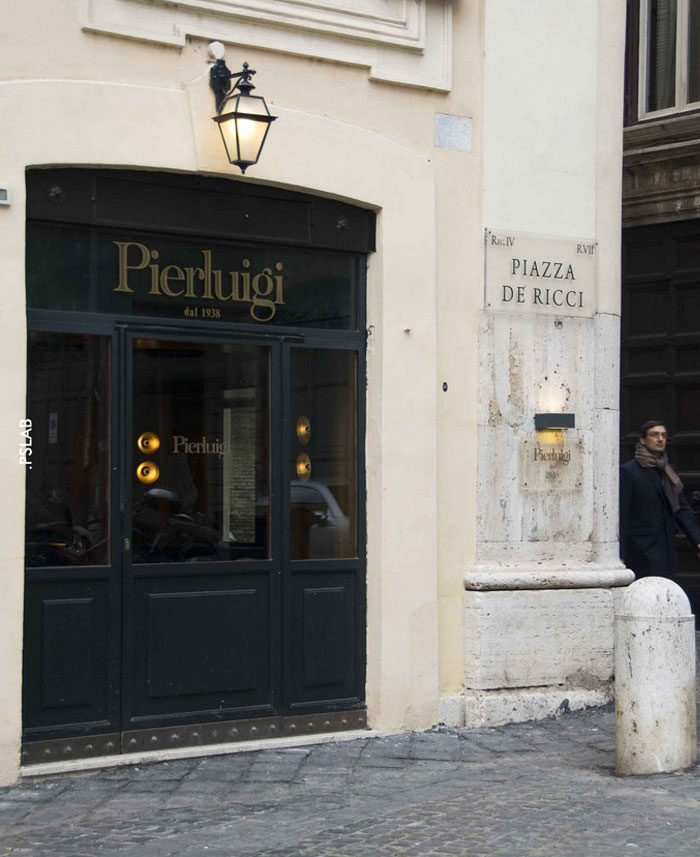