Apartment in Torres del Faro designed by vEstudio Architecture. The owner had bought this flat long ago and asked the designers to surrender it completely empty, no terminations or internal divisions, only the perimeter wall of glass, like a spot in the highest . 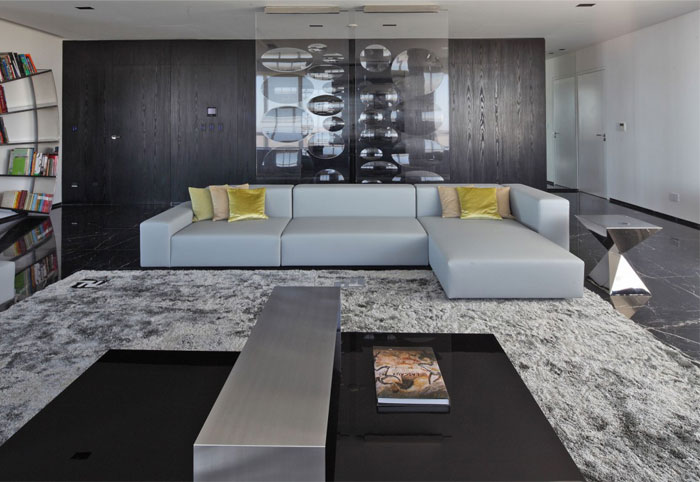 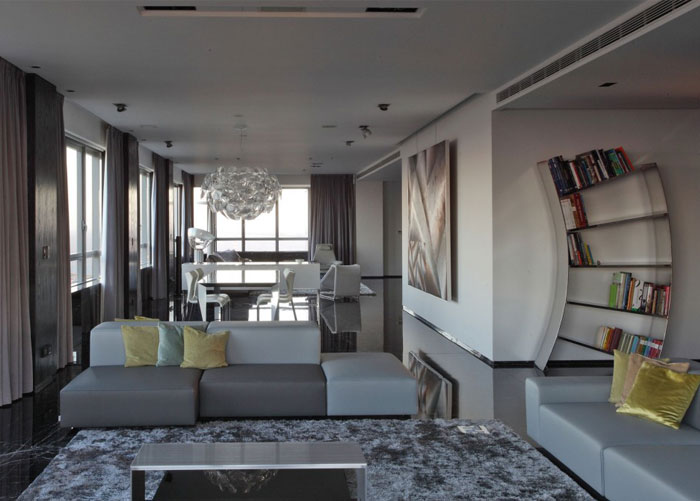 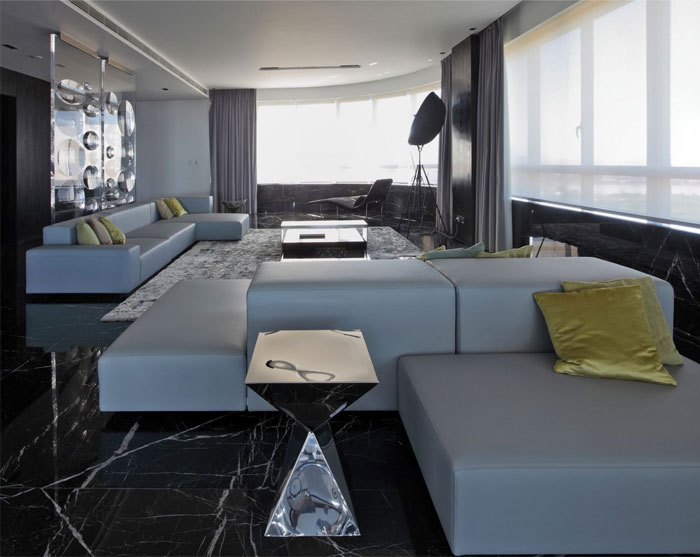 Thus were looking for minimum divisions as widely as possible, highlighting the presence of the space above the elements and working with scales that allow loose living.

The focus is on all the boundaries that define it, in the high quality of its finishes, in simple encounters, the combination of textures, contrasts between shiny and opaque and other qualities of the envelope . A mostly monochrome palette unifies and gets on the same page at the house as a whole, not allowing the elements stand out individually and creating a uniform and pleasant climate. 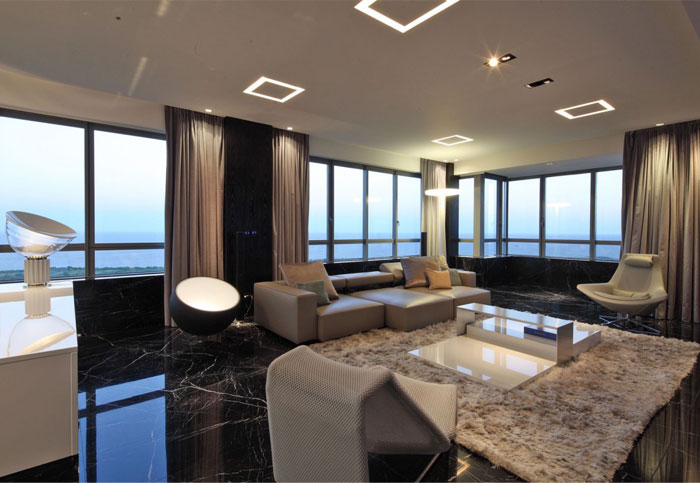 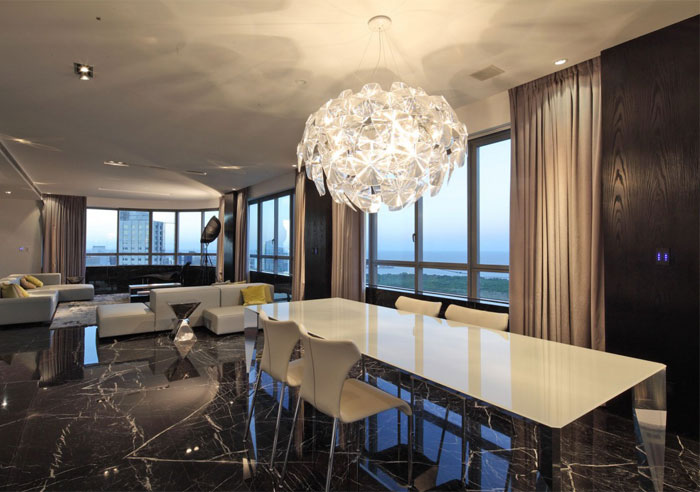 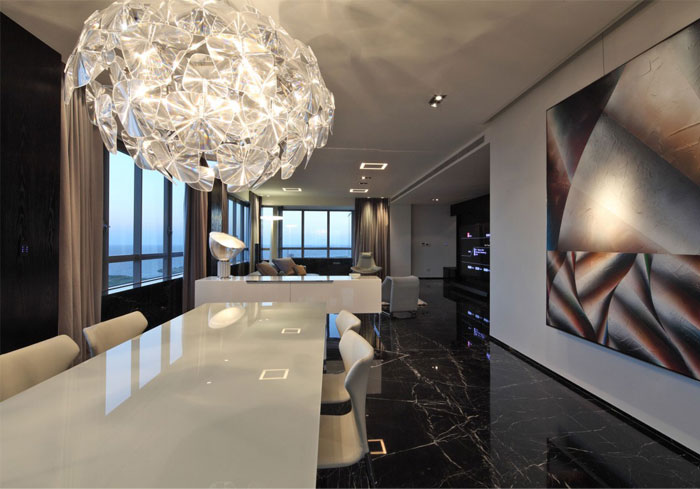 The apartment has a 360 ° view that goes from the city in the bedroom wing to the open coast of the Rio de la Plata which turned more social activities. The enjoyment of these views in different ways and perspectives will organize activities so that the house is transformed into a large glass gazebo run. 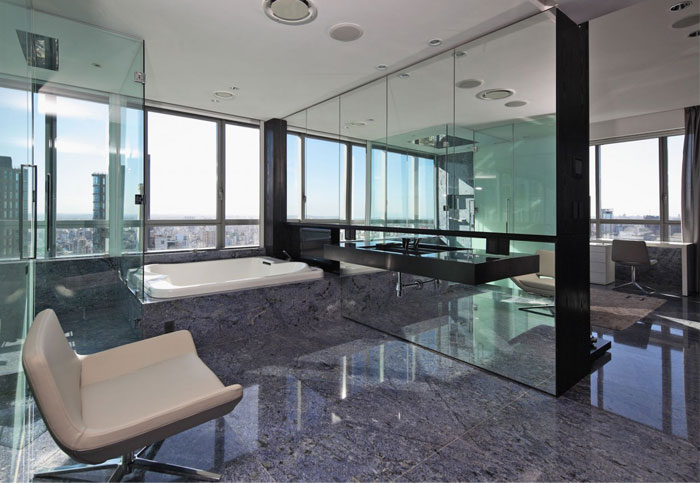 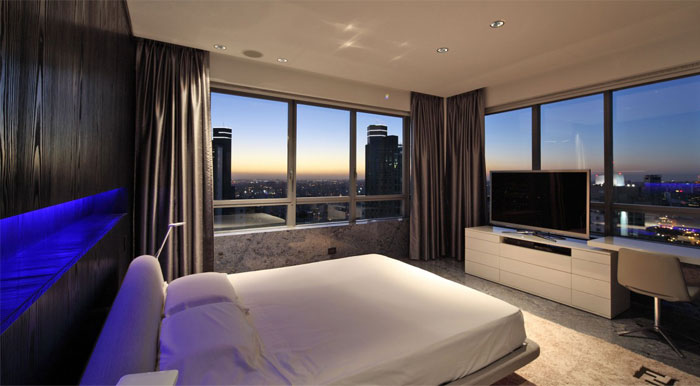