As part of the Bergische Regionale 2006, the terrain underneath the Muengstener bridge was developed into a significant supra-regional excursion destination. The draft is based on the distinct examination of the existing landscape elements, the valley space and its traditional lot structure. Underneath the bridge, the area is pooled in an elaborate plain, implicating a scenic middle. This way, a strongly artistic reflection plain for the monumental clearance gauge of the bridge was generated. via 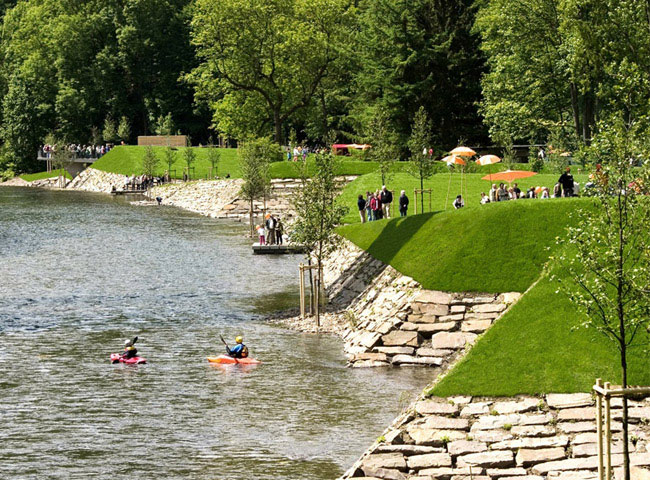 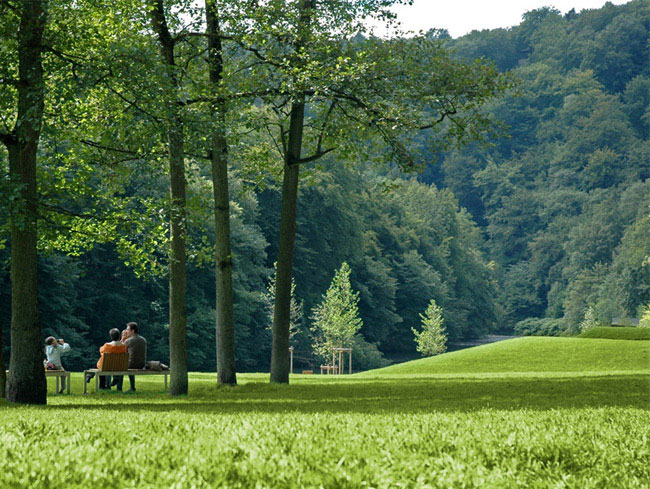 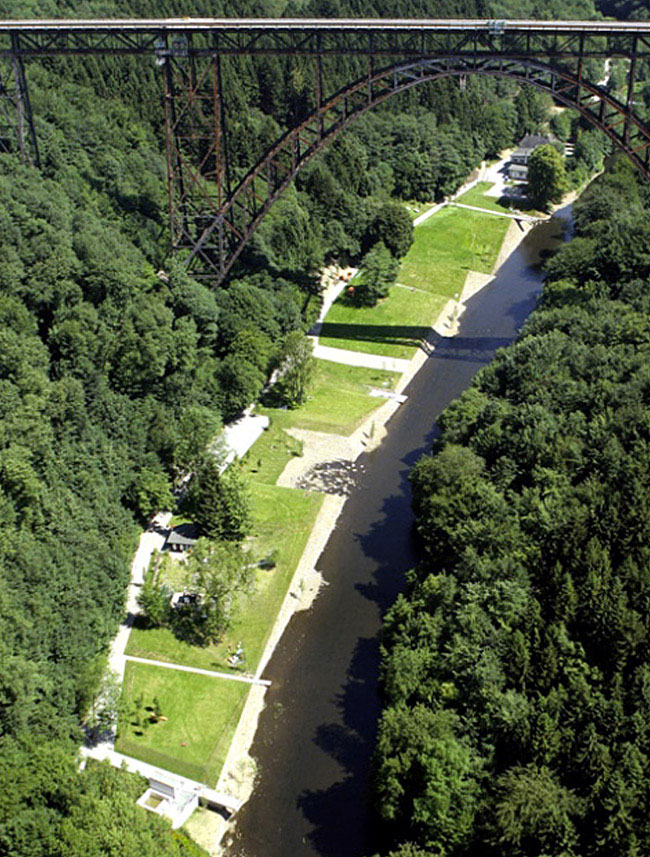