The Project site (±10 HA) is located on a farm in the heart of the Franschhoek Valley in the Cape Winelands, South Africa. There were two existing structures on the site; a 1920’s house and a barn dating from  the 18th century. The scope of this proposal included the re-utilization of the barn, which is more or less centrally located on the site and is surrounded by several magnificent and ancient Oak trees. via 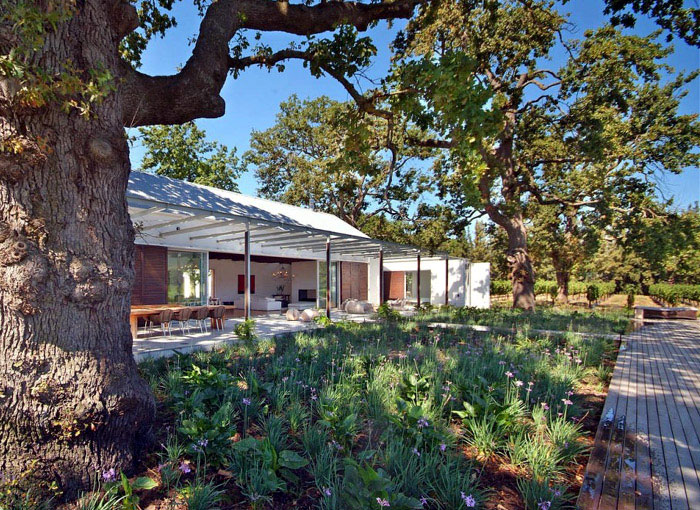 It is intended that the barn and its trees become the focus of a new home, both in the programmatic and structural sense. The barn itself was repaired and inhabited to form the heart of the home – being the living, dining and cooking spaces. The long facades are covered with verandahs; one open and planted and the other covered over, (in place of an existing lean to structure which was demolished). 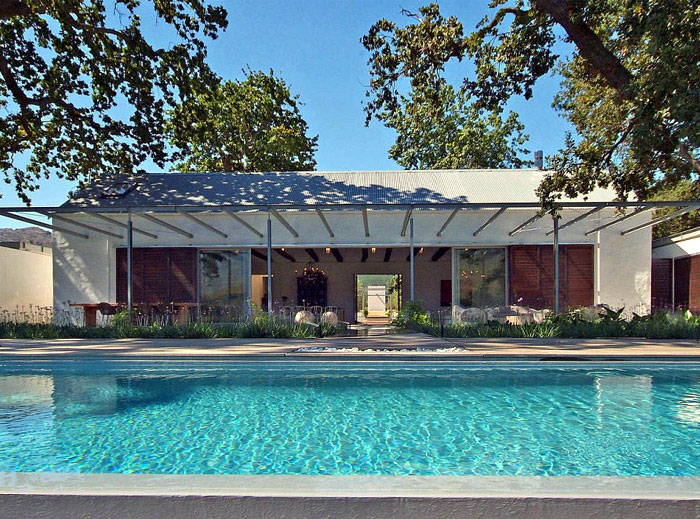 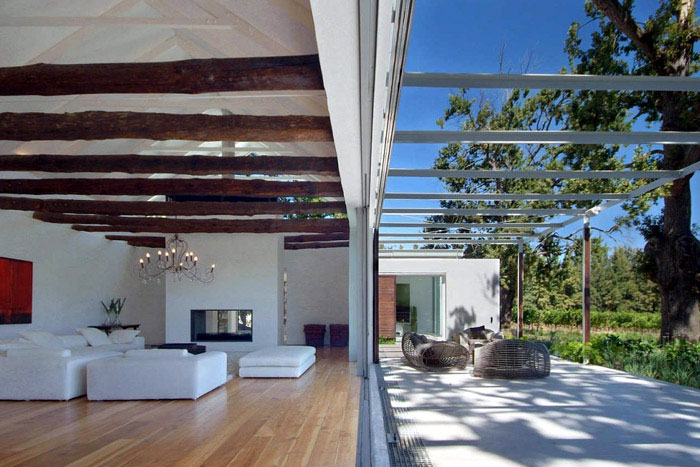 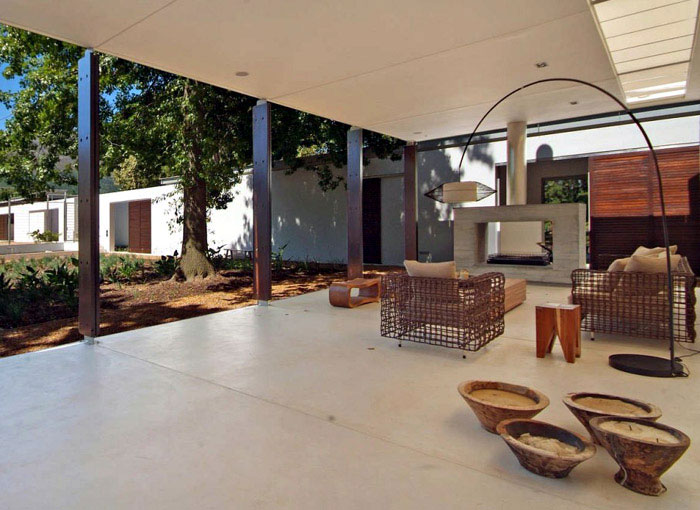 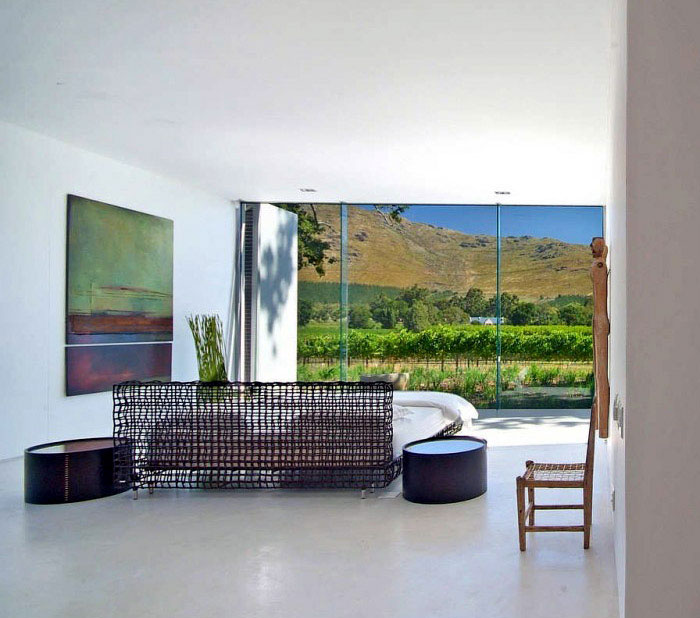