The property, a typical apartment of the 80’s, was literally put down and rebuilt from scratch. All partitions, that limited the rooms, were removed. The toilets and two bedrooms were kept for structural reasons. Some windows were also eliminated, to create the concept of a box in which the ilumination plus wall and floor coverings would create a three-dimensional effect, like in a night club. via 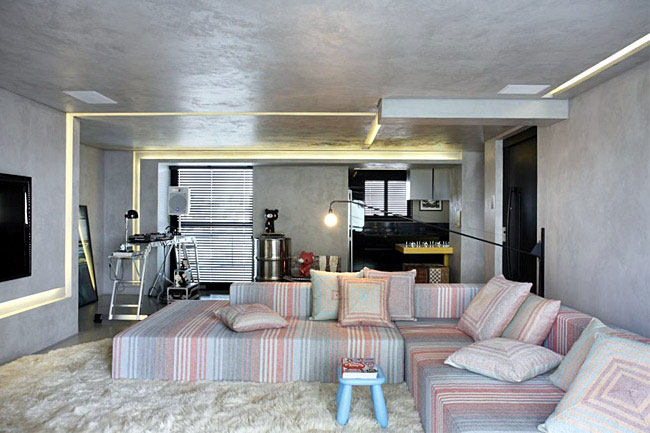 All the ilumination was designed using leds, featuring no other ight source in the whole apartment. Besides the scenographic effect, the ilumination presents a great energy saving combined with a high luminous efficiency. The walls and ceiling were built with plasterboard and then covered with polymer cement. 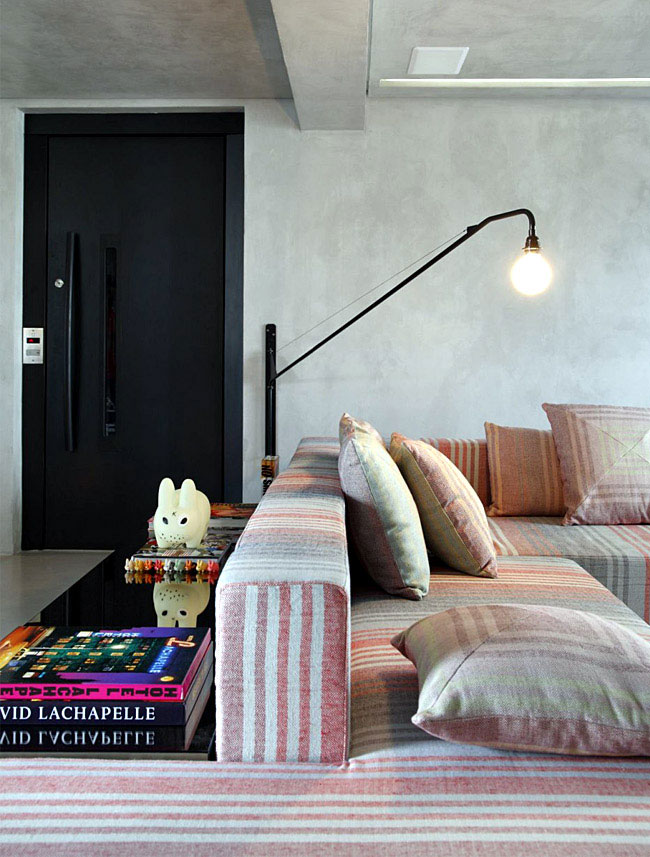 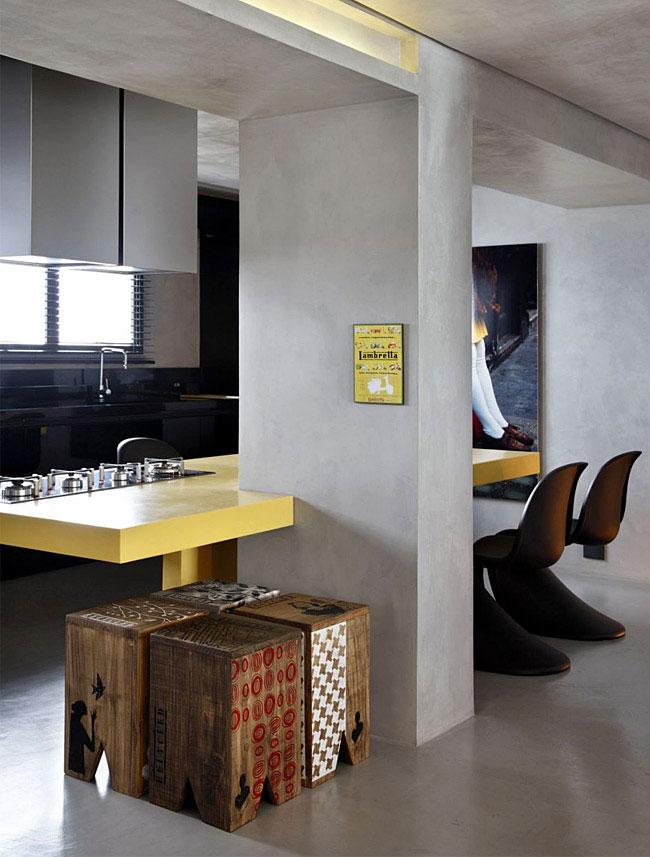 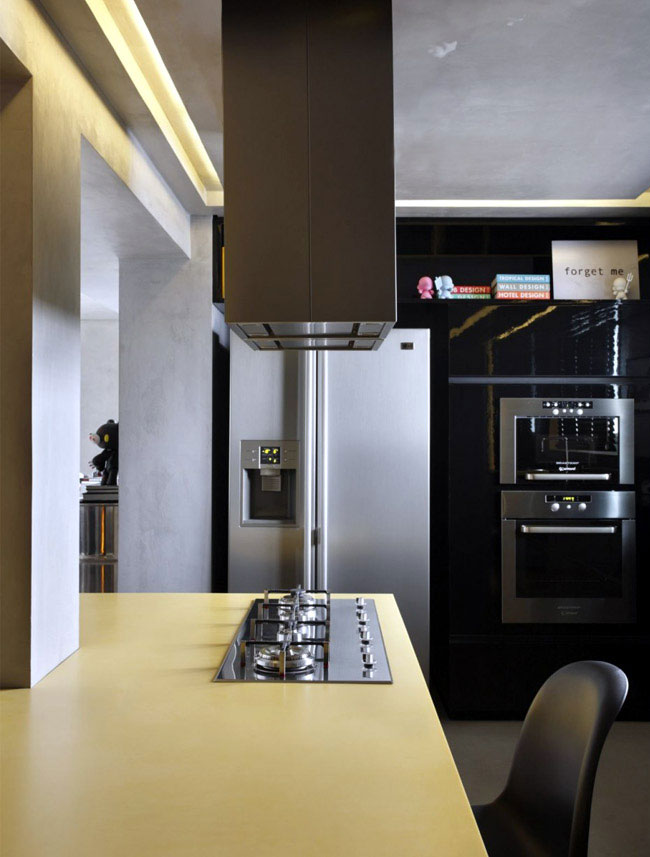 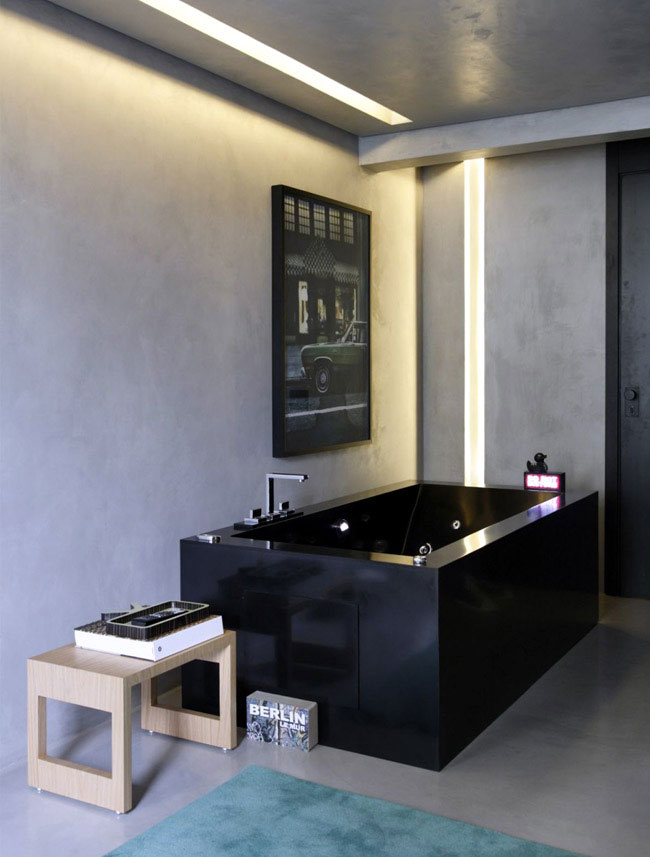