French firm karawitz architecture have developed a passive house in bessancourt, near paris, france. The house is closed to the north to limit heat loss and opened to the south benefitting from free solar energy. Aesthetically, it is an abstract replica of a traditional house. The second skin of the houses design is untreated bamboo which envelopes the frame in solid wood panels. The cladding, which becomes grey over time, drew inspiration from traditional barns in the part of  the ile-de-france region where the house is situated. It passes in front of the windows to the north and finishes by unfolding on to the roof. Identical shutters are fitted on large bay windows to the south to provide shade and light in the house, during the day or at night. Photovoltaic panels on the roof round off the program, producing 2695 kwh/yr in energy, the foundation slab is the only concrete element, the entire structure is created from the assembly oflarge solid wood panels, which have been prefabricated in a workshop. via 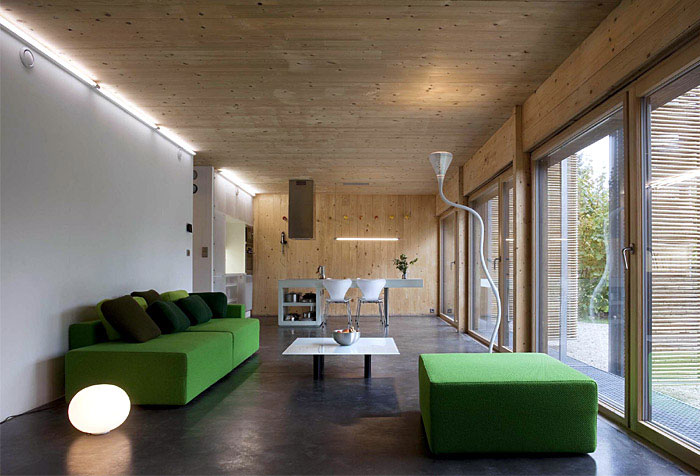 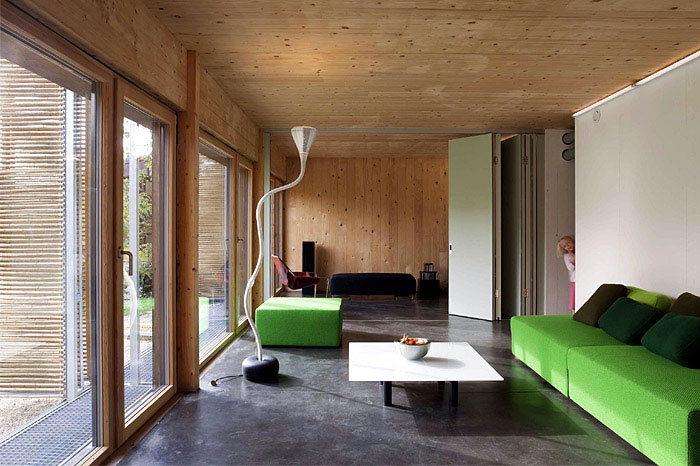 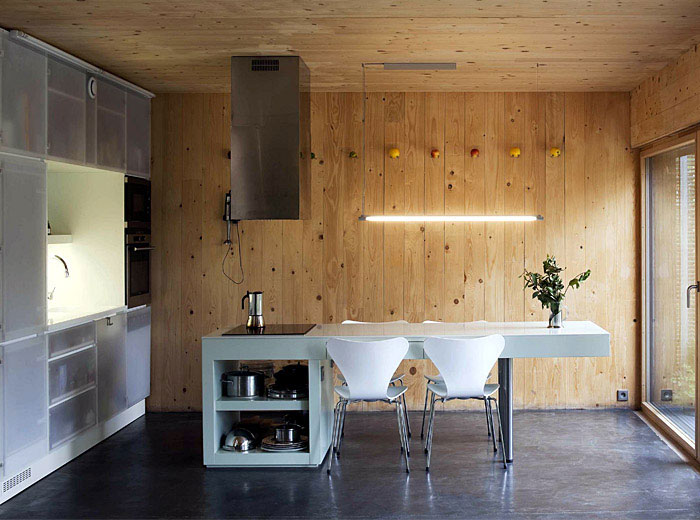 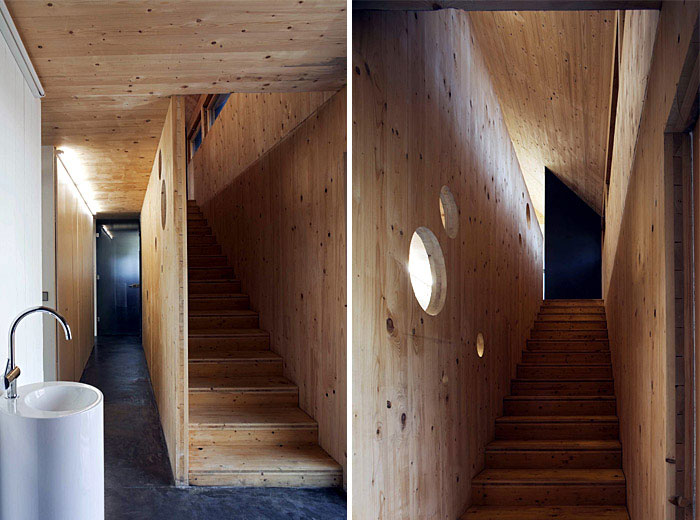 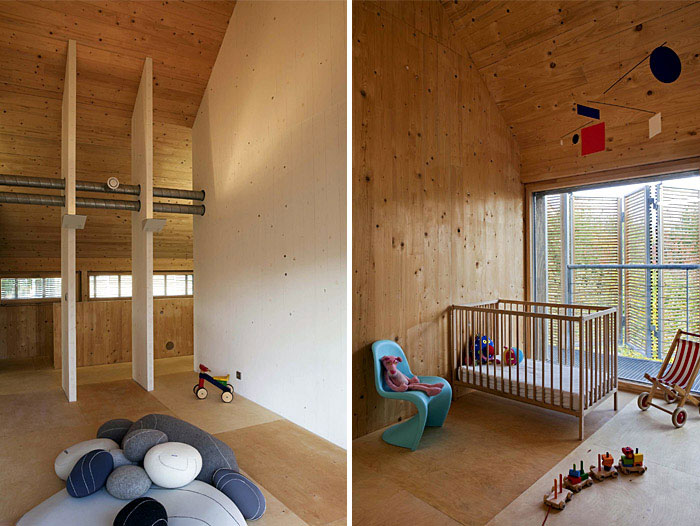 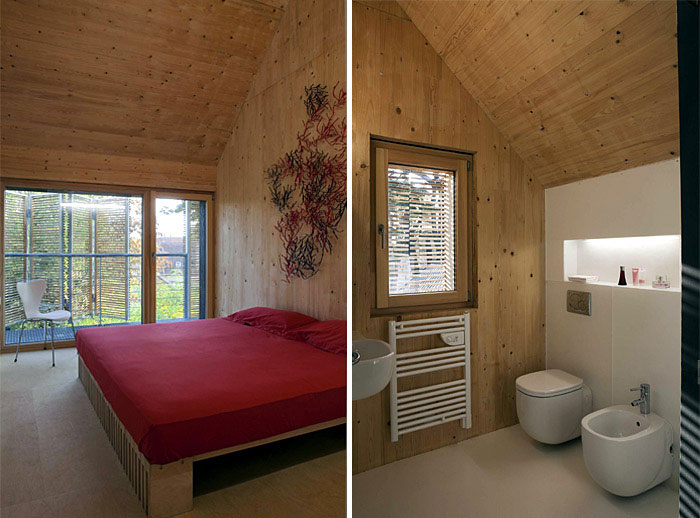