The basic element is simpler than a clothes peg: A piece of plastic the size of a finger which at first glance looks useless and yet can effect true miracles. For many of these individual components attached to thin metal rings produce decorative forms and volumes which in turn, when combined with an illuminated cylinder, produce very festive light sources. Together with Foscarini, Milan-based designer Giulio Iacchetti has created a modular ceiling luminaire consisting purely of thermoplastic components, which in a spherical shape can stretch to up to two meters in diameter. The design is called “Tropico”, named after the rings which combine the crystalline or opaque components and are reminiscent of the Earth’s lines of latitude. 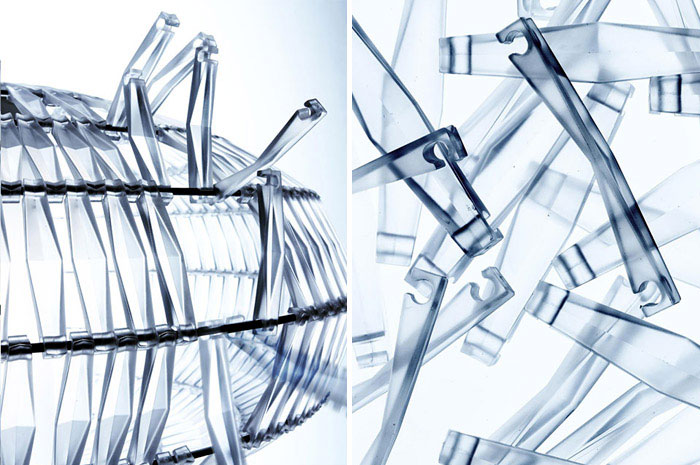 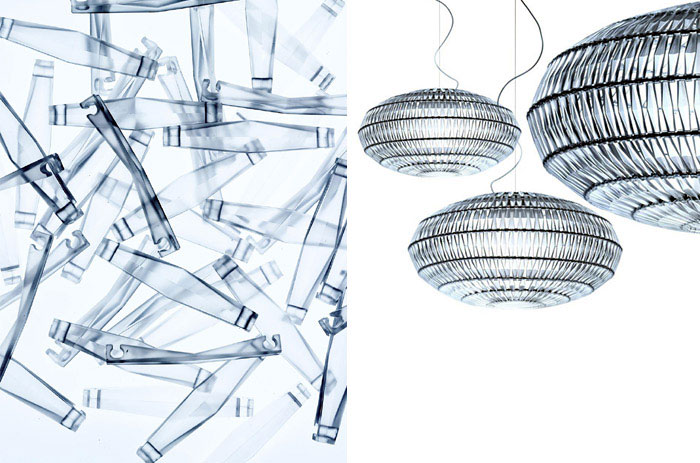 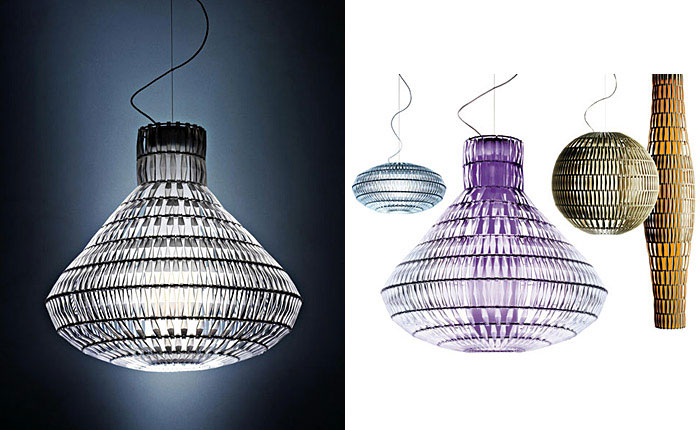 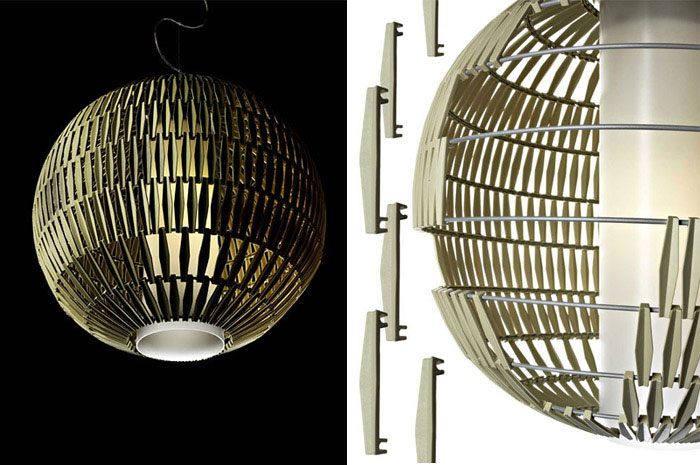