Mykonos is among the most fabled of all the Greek isles, and it’s easy to share Barba’s enthusiasm from the moment you land there, slap in the middle of the Aegean. Nowhere else, it seems, has the water ever looked this deeply mysterious, not least because it contrasts so sharply with the spotless whitewashed houses that glimmer in the sun at every turn along the coast. In all this brightness, it takes a while to realize how unusual these traditional houses are, built like a series of fat white cubes piled one on top of the other, with their windows and doors picked out in vivid colors. Flat-roofed and huddled together to resist the gale-force winds that hit the island, they are painted a perfect, uniform white for the very good reason that it deflects the scorching rays of the sun, for your very own taste of Mykonos. For a villa on Mykonos, Barba was given as blanche a carte as he could wish: a large plot of land outside a village with unimpeded views over a private beach toward the sea. The client is a businessman based in Athens who wanted a house that he and his family could use as a quiet haven, not only during the summer months but for short breaks throughout the year. Barba realized that the owner was looking for a sophisticated simplicity where he could both unwind and entertain large numbers of friends with a minimum of fuss. 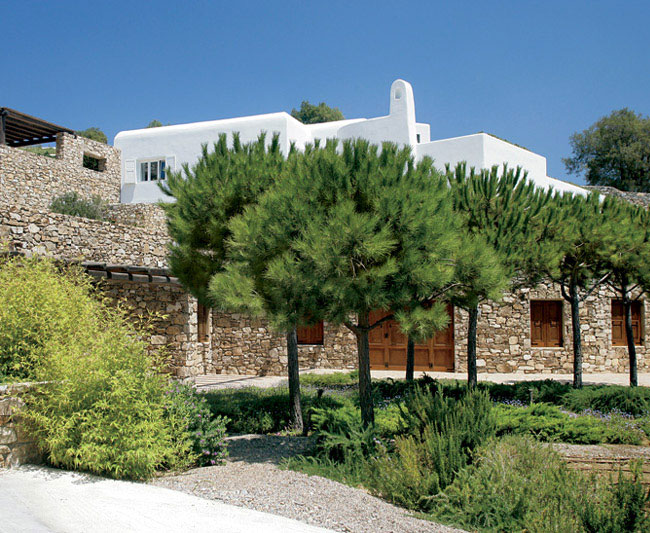 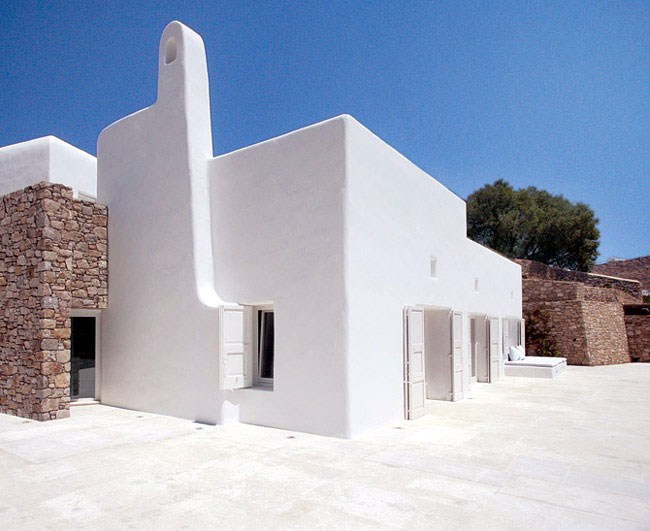 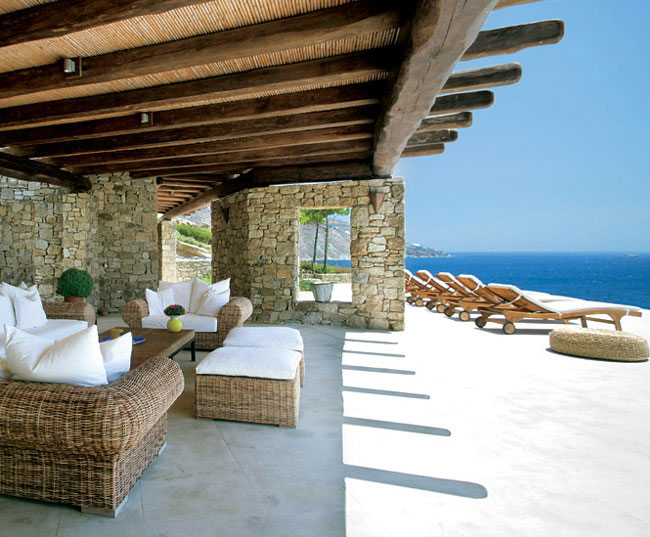 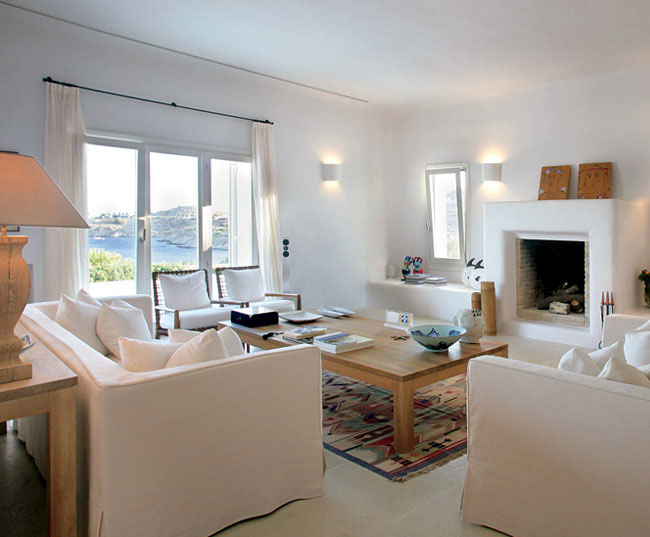 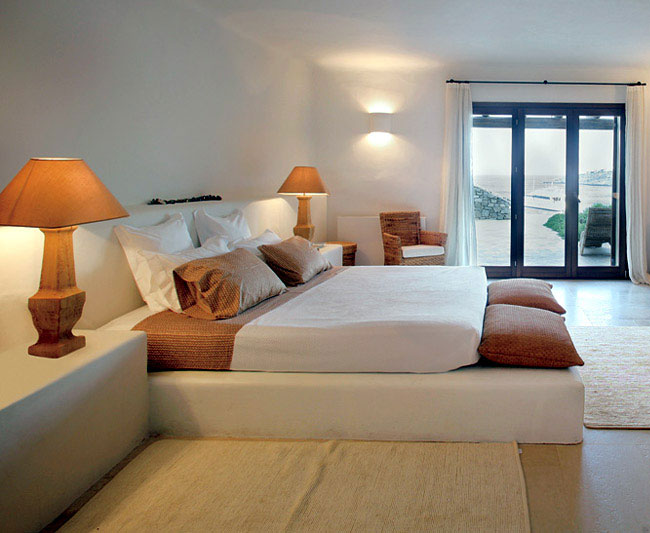