Colombian architect Juan Esteban Correa Elejalde has designed a hillside house for a family to spend their weekends and holidays in. 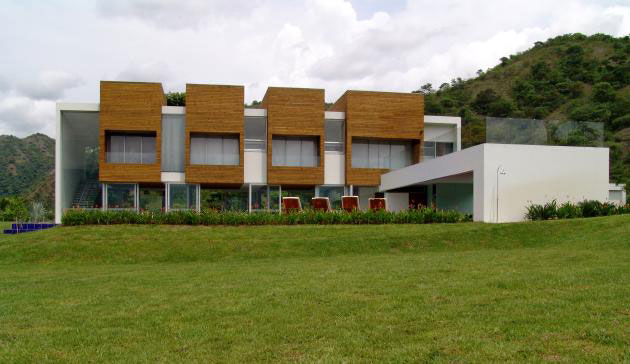 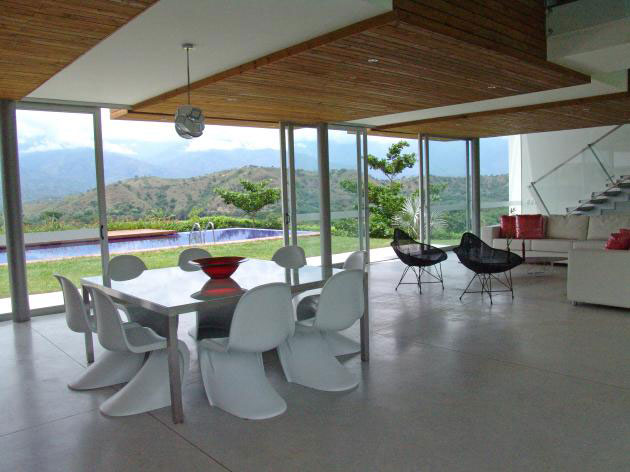 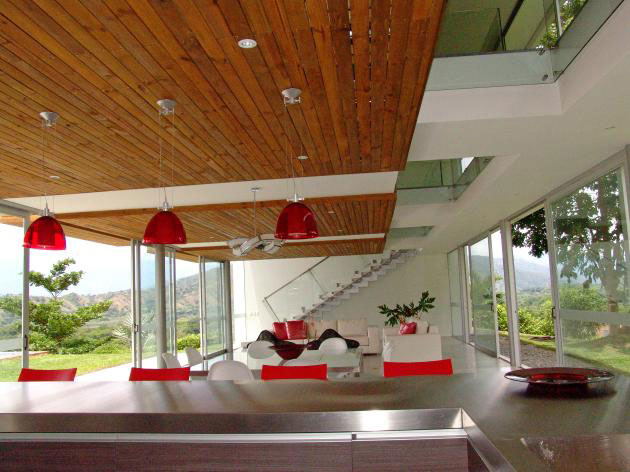 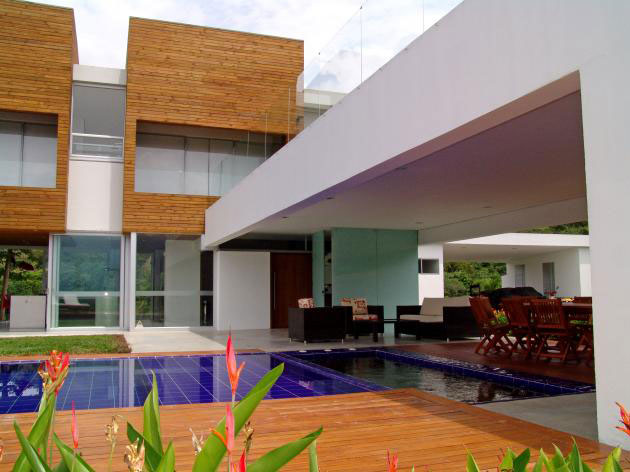 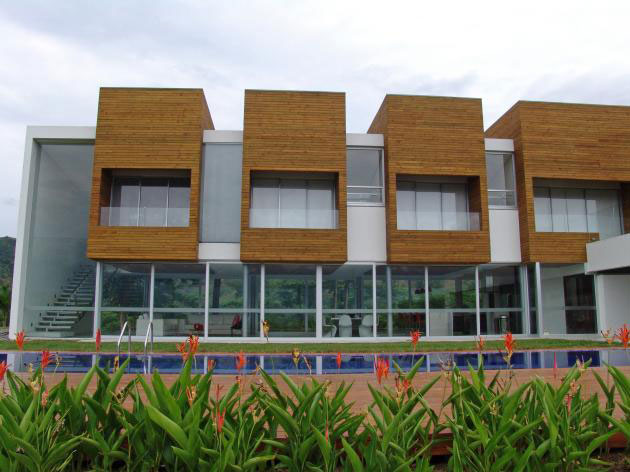 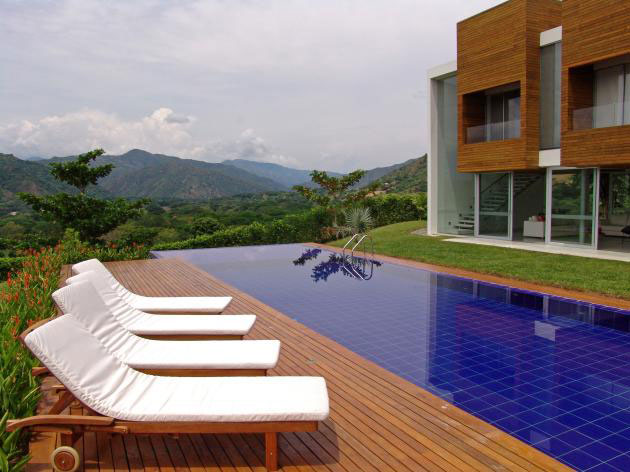 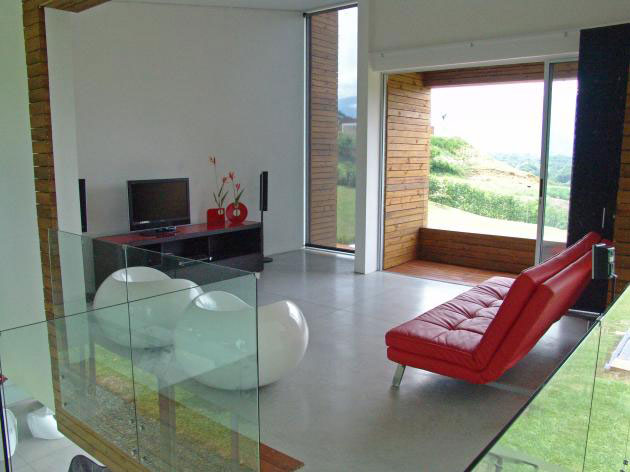 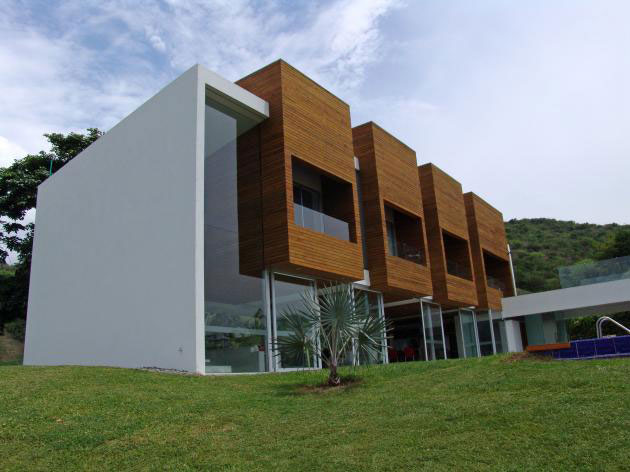 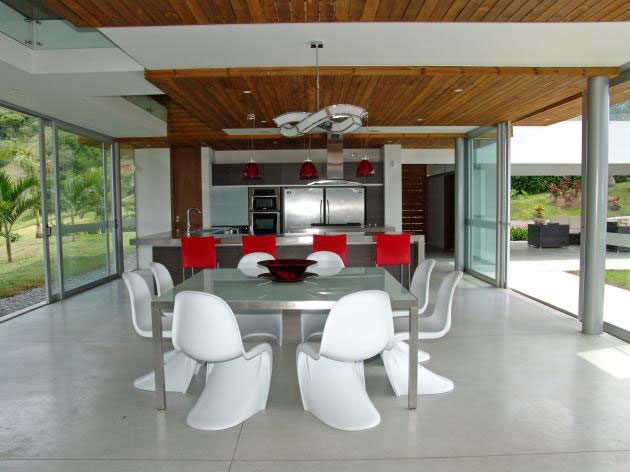 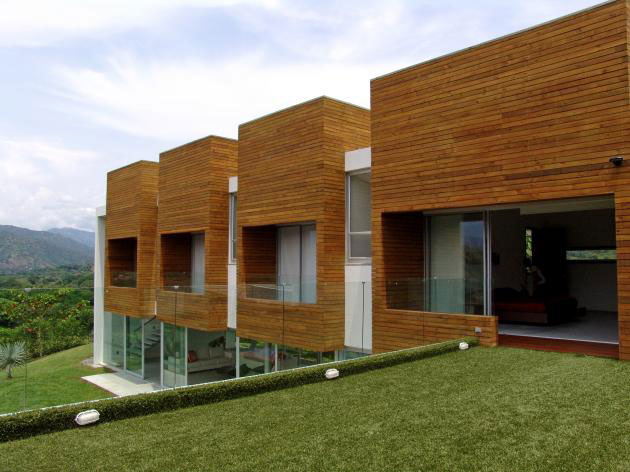 A Colombian couple living abroad (in Spain) for many years decided to come back to the country as they felt security and economic conditions had changed with the latest elected president. He and his wife wanted to establish their family and business here again and that meant not only buying an apartment and opening business, but also to have a place to spend weekend and holidays with the family, a long established tradition among Colombians.
For the latest they came to the office after my wife, an interior designer, decorated their apartment in the city. Their initial request was on two subjects:

1. Help them find the right place for their holiday house on a well inhabited and secure site with specific natural conditions like warm weather, nice views, not flat, among others…

2. To design a house for them and the kids with a modern, contemporary look that could remind them of their life in Europe and that could preserve and actual look in time as well as a house that, in some way could have a reminiscent idea of traditional colonial houses –this last idea appeared in the end after the selection of the site.

On the last idea, it was clear that I had to preserve a traditional organization of the house “inwards”, I mean, thinking more on the life of the home than on the social life. Here, one could perceive the idea of Islamic influenced Spanish architecture that was brought here to America in the colonising period.

On the modern contemporary look, the idea was to work with pure volumes with character of their own that by operating them through intersections, the complete volume and program of the house were created.